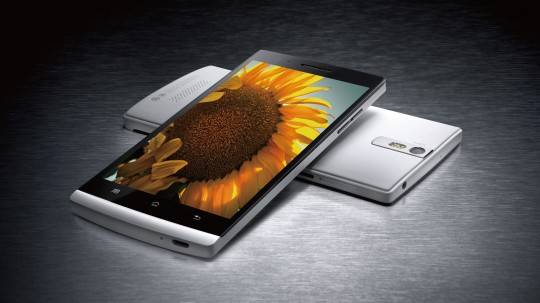 We saw the official announcement for the OPPO Find 5 smartphone earlier in the month. Nonetheless, it looks like OPPO has taken to Facebook and offered some additional details. This latest includes a 32GB model and a wider international release.

Diving right in here, according to the teaser image that was posted on Facebook, the OPPO Find 5 will be available in a 16GB and 32GB model and priced at $499 and $569 respectively. The one catch here, while we are expecting the release to begin in early 2013, OPPO has yet to offer anything more specific. 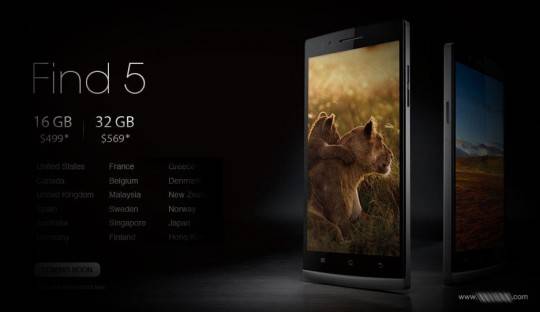 Otherwise, aside from a Chinese and US release, the latest details also show the Find 5 as coming to the following countries; Canada, United Kingdom, Spain, Australia, Germany, France, Belgium, Malaysia, Sweden, Singapore, Finland, Greece, Denmark, New Zealand, Norway, Japan and Hong Kong. Simply put, it looks like the OPPO Find 5 will indeed be launching on a global basis.

Finally, as a recap on those specs. The Find 5 has a 5-inch 1080p display with a 441 PPI, quad-core Qualcomm Snapdragon S4 Pro APQ8064 processor, 2GB of RAM, a 2,500 mAh battery, HSPA+ connectivity and Android 4.1 Jelly Bean. The handset will also have a 13 megapixel rear-facing camera and 1.9 megapixel front-facing camera as well as other goodies such as NFC, GPS, Bluetooth and Wi-Fi.