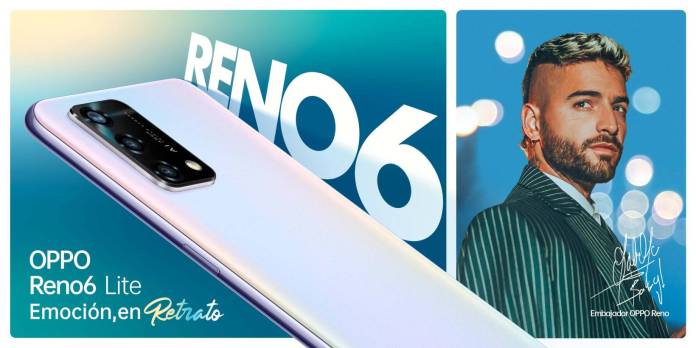 Even though Oppo has already launched their new Reno7 series, it looks like they’re still pushing for the previous year’s Reno series or at least a lite version of it. They have officially announced a new member of the series, the Reno6 Lite which seems pretty similar to the Oppo F19 that was also previously launched. This new smartphone, which retails for around $433, will be available in Mexico with no news if it will also be launching in other regions.

According to GSM Arena, the Oppo Reno6 Lite shares a lot of specifications with the Oppo F19. It has a 6.3-inch AMOLED display with FHD+ resolution (1080 x 2040 pixels) with a touch sampling rate of 180Hz, and a peak brightness of 800 nits. It will be powered by an octa-core Snapdragon 662 chipset and paired with 6GB RAM and 128GB built-in storage. It will come with Android 11 out of the box with the ColorOS skin running on top. It also has an on-screen fingerprint sensor for biometrics.

The main camera has a 48MP sensor partnered with a 2M depth helper and a 2MP macro cam. The front-facing camera has a 16MP shooter and is housed in a punch-hole cutout which seems to be the most common design now. The camera-related software includes AI 2.0 for embellishments of photos that you take as well as night mode for images and videos taken in low-light situations. The phone comes with a 5,000 mAh battery with 33W charging support.

The Colors OS software highlights some features like bullet notifications so those who are in an immersive gaming experience will not be disturbed. Those who are streaming videos can multitask like write an email without needing to pause what you’re watching. It also comes with the SOS feature that Android 11 devices have where the user can press the power button five times to launch emergency options.