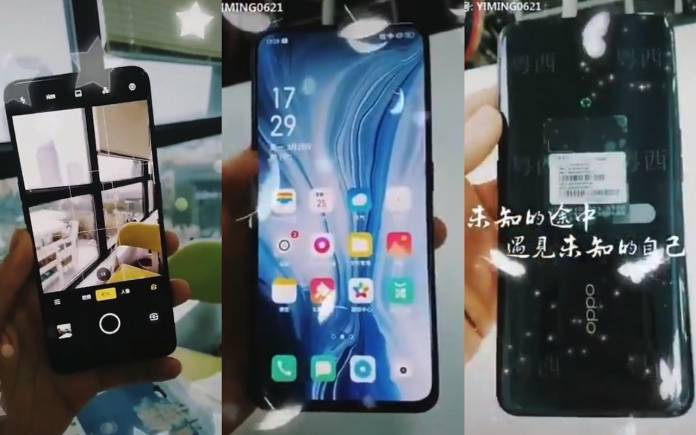 We’ve got an update about the OPPO RENO sub-brand that was made known to the public earlier this month. A smartphone image surfaced online and we were told an OPPO Reno 5G, and Lamborghini variants may be available. Now we’ve got word the Chinese OEM will launch the Reno phone on April 10. The device will boast the new 10x zoom technology and will be ready in several variants. We’re assuming the 5G version and Lamborghini model will be part of the lineup.

A video was leaked and so we’ve got a glimpse of the yet-to-be-unveiled smartphone. Some screenshots show the absence of a notch or even holes. The fullscreen with small bezels appears so real so we can consider this as one of the first with almost bezel-less screens.

If there is no notch, then the selfie camera may be found on a pop-up or elevating mechanism. Other specs include a Qualcomm Snapdragon 855 processor, 5G support on one variant, ColorOS 6 on top of Android 9 Pie, and 10x telescope zoom lens.

When it comes to imaging, there is a 48MP camera, dual f/1.5-f/2.4 aperture, 50W Super VOOC charging, max of 12GB RAM (Lamborghini Edition), Dynamic AMOLED screen, and on-screen fingerprint scanner. The latter is one feature that is fast becoming a standard in premium flagship smartphones.

There is not much description provided but we’re curious if the fingerprint reader will be ultrasonic similar to the Galaxy S10 phone. Let’s wait and see.