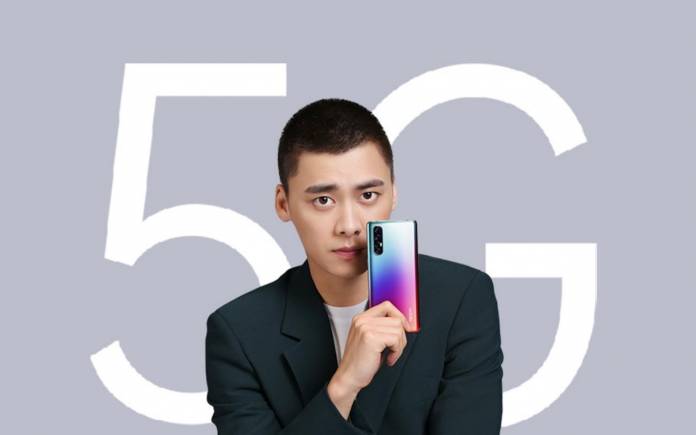 With Qualcomm opening the 5G floodgates with its new Snapdragon chipsets, it isn’t surprising that phone makers are rushing to be declared the first or one of the first to bear the new processors. It also isn’t surprising that Chinese OEMs are leading that pack. Xiaomi has, in fact, just unveiled the Redmi K30 5G, the first to use the Snapdragon 765. OPPO won’t be left behind and will be announcing the Reno 3 and Reno 3 Pro in between the holidays.

OPPO is currently holding its INNO DAY where it laid out its grand ambitions to grow the company beyond smartphones. At the heart of that vision is, of course, 5G, the great enabler that is expected to unlock new technologies and experiences that were simply not possible with slower Internet and narrower bandwidth. That won’t mean much, however, if consumers aren’t able to experience all those benefits because there aren’t any accessible 5G devices.

That’s where the first 5G mid-range or “premium” smartphones come in. Like the Redmi K30, the OPPO Reno 3 Pro will be one of the first, technically the second at this point, to make use of Qualcomm’s Snapdragon 765 which comes with a 5G modem as part of the package. This will be how OPPO plans to spread the news of 5G to the masses while it works on other areas like AR and IoT.

The smartphone won’t just be about 5G though. The company’s microsite for the Reno 3 Pro also flaunts the phone’s large 4,025 mAh battery, no doubt enhanced by OPPO’s Super VOOC Flash Charge technology, and slim 7.7 mm profile. Parts of teaser videos also confirm that the phone will have four cameras on its back.

OPPO will be announcing both the Reno 3 and Reno 3 Pro on December 26 when people from other parts of the world are still recovering from holiday activities. It does give OPPO a lead on others (except for Xiaomi) though only as far as the mid-range Snapdragon 765 is concerned.