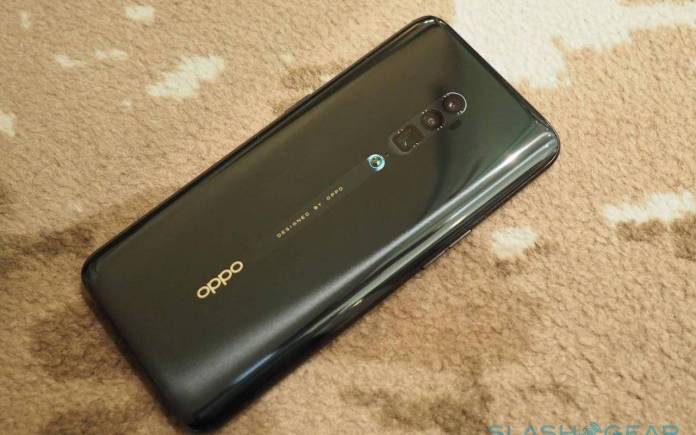 The OPPO Reno product line has been out since the first quarter of the year. It’s actually more of a sub-brand featuring more unique smartphones. There have been a few OPPO Reno models introduced like the 5G phone, Lamborghini variant, 10X zoom edition, and the OPPO Reno Z. We’ve seen a Durability Test and a Teardown that revealed an interesting camera design. The Chinese OEM has started to work on a new phone and we’re calling it this early just the OPPO Reno 2.

The OPPO Reno 2 is expected to be announced this month with important improvements from the first three phones. Don’t expect a big change in design as OPPO has focused on simply improving the zoom feature from 10x to 20x.

That is twice the zoom already which is quite a big leap. It will be lossless definitely but it will offer more than that. No information on the specs but we’re assuming they will be similar to the OPPO Reno 10x Zoom or some upgraded.

The first OPPO Reno phone came with a 6.6-inch screen, Adreno 640, Snapdragon 855 processor, microSD card slot, and a 4065 mAh battery. Expect other features will be better than those. There will still be no headphone jack so we’re guessing a USB-C port. The selfie camera system will still be a shark fin. Instead of 16MP, it may be 32MP.

OPPO is also expected to release the OPPO Reno 2 20x Zoom in India. The country is one of OPPO’s biggest markets today. It’s also an important market with its growing speed. We don’t have the numbers right but India and China are OPPO’s top customers.

As for announcement and release date, we’re looking at August 28. International markets will also get the smartphone but a few months later. This OPPO Reno 2 may also have other variants probably with 5G and another special limited edition.