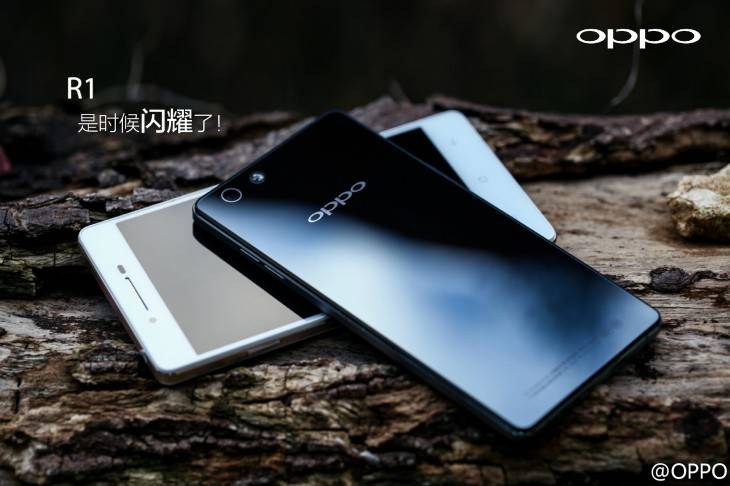 While much of the OPPO talk has included the N1 and CyanogenMod lately, it appears as if the company has just introduced another smartphone. This latest is the OPPO R1, which similar to the N1, brings a focus on photography. In this case, OPPO is touting the R1 as being able to capture quality images in low-light settings.

OPPO is expected to have the R1 available later in December, however for now they have yet to fully reveal the specs. In fact, aside from the teaser about the camera and the image you see sitting above — the specs were left missing. To get an idea of the specs we can look towards the Chinese wireless network certification, the TENAA.

In this case it looks like the R1 will be arriving with a 5-inch display with a resolution of 960 x 540. Further details point towards the handset having a quad-core 1.2GHz processor, 5 megapixel front-facing camera and 8 megapixel rear-facing camera. The processor specifics were not given, not to mention, we have yet to see anything in terms of RAM or internal storage.

We also cannot help but be curious about the camera, the TENAA listing mentions an 8 megapixel on the back, however that doesn’t offer much to support what we have seen from OPPO in regards to the R1 being good in low-light situations. Otherwise, we did recently learn the OPPO N1 will be available internationally beginning on December 10th.