Aside from the ColorOS update about to be released, OPPO is also working on new models. There was no official announcement from the company but a new unit suddenly popped up on OPPO’s official website. The OPPO Neo 5s is obviously a follow up to the OPPO Neo 5 which was released last year. From Neo 5, OPPO used the 5s instead of just going for the Neo 6 title.

An ‘s’ on a device’s name usually means it’s just a refresh of the previous model and the OPPO Neo 5s sure looks like it. Features of the Neo 5s include a 4.5-inch IPS display screen, 854 x 480 pixel resolution, quad-core 1.2GHz Qualcomm Snapdragon 410 MSM8916, Adreno 306 GPU, 1GB RAM, 8GB built-in storage, and a microSD card slot for expansion. As for the cameras, it boasts an 8 megapixel rear cam with autofocus, Pure Image 2.0 technology, f/2.2 large aperture, and LED flash. It can only shoot 720p videos. The 2 megapixel front camera is not specialized for hi-res selfies but it’s’ good enough for video calls. 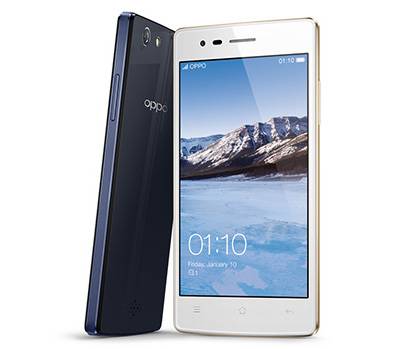 The OPPO Neo 5s supports a nano-SIM and a micro-SIM plus FDD-LTE network bands. Of course, there are the standards: GPS, Bluetooth 4.0, USB OTG, and WiFi. The 2,000 mAh battery is not as impressive but this one isn’t a premium flagship phone. It’s only €160 ($180) so you can say it’s more on the budget-friendly category.

Phone is already available is some markets. Check OPPO’s site to know where to buy.