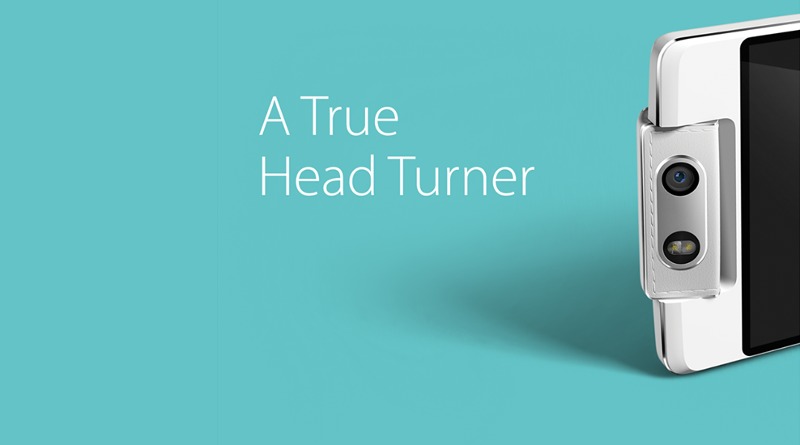 OPPO‘s Find smartphone line have been notable to be more camera oriented than its Chinese rivals but its new N series seems to be catching up quite a bit. Over at its Weibo account, the manufacturer has just teased a rather remarkable feature of the OPPO N3, at least as far as cameras are concerned. It will be sporting an impressive 16 megapixel 1/2.3-inch sensor on par with some of the high-end camera smartphones around. It also confirms that strange auto-rotation mechanism rumored just recently.

The size of a camera sensor is important because it is what determines how much light information can be recorded. Though the notation in fractions is a bit confusing, the smaller the denominator, the bigger the sensor size. The bigger the sensor size, of course, the better the resulting image quality. According to OPPO’s CEO, the N3 has a sensor size of 1/2.3 inches. That’s the same size as the Sony Xperia Z3‘s, except the latter has more megapixels to spare (20.7 MP on the Xperia Z3 vs. the confirmed 16 MP on the OPPO N3). In comparison, the Samsung Galaxy S5 has a smaller 1/2.6-inch sensor and the iPhone 6 has an even smaller 1/3-inch. That said, the undisputed king of smartphone camera sensors still seems to be the Nokia 808 PureView and its 1/1.2-inch sensor. 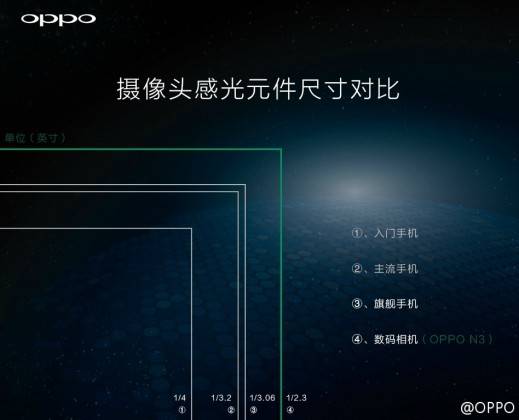 The other camera feature confirmed for the OPPO N3 is a rather strange one. Like the N1 before it, the N3 has a rotating camera, but unlike its predecessor, this one rotating mechanism is said to be automated. Why OPPO would do so or how it implements it is something that we have to yet learn. Hopefully it leaves users with the option to manually turn the camera as they desire. And hopefully it won’t also break so easily as some similar mechanisms tend to.

That said, just as digital photography isn’t just about megapixels, it isn’t just about sensor sizes either and many other factors come into play to produce that perfect shot. Or selfie, if you prefer. If previous leaks are to be believed, we shouldn’t worry too much about the OPPO N3’s capabilities, as it rumored to bear quite an array of components, which we will be able to confirm come October 29.