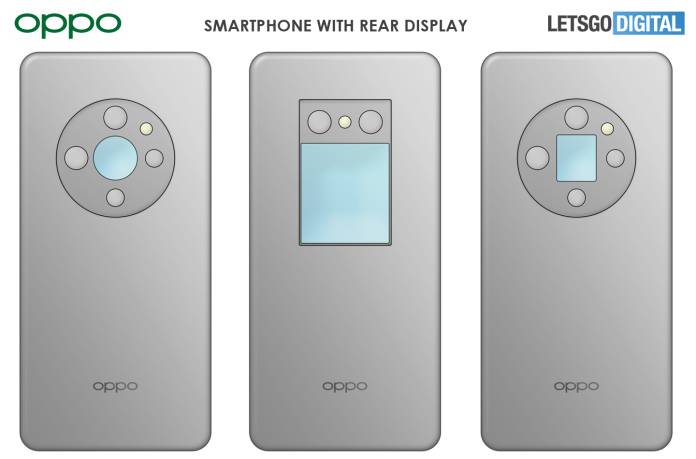 There are not that many new things that we get from smartphones nowadays but hopefully, the next few years may bring about some new innovations. We may see something different from Oppo as they have reportedly applied for and gotten patents for three smartphones with rear displays. There’s no information yet if this is something that they will be pursuing as actual devices or they’re just getting patents so other OEMs will not be able to jump the gun on them.

Dutch website LetsGoDigital reports about a new patent that they were able to obtain and this time it’s for integrating a rear display. The 31-page documentation was included in the utility patent filed last April 2021 in China and was also included in the World Intellectual Property Organization database which holds the worldwide protection of patented technology. The patent is for three Oppo smartphone models and what makes them stand out are their rear displays in the camera island.

The three devices come with varies sizes and shapes by model, with one having a large rectangular display under the lenses. The other two have displays in the middle of all the lenses with one being circular and the other one almost a square shape. LetsGoDigital made photoshop images of the one with the largest display so we can better understand how it can look like. The number of cameras for the models are undetermined so what we see in the patent may still change. 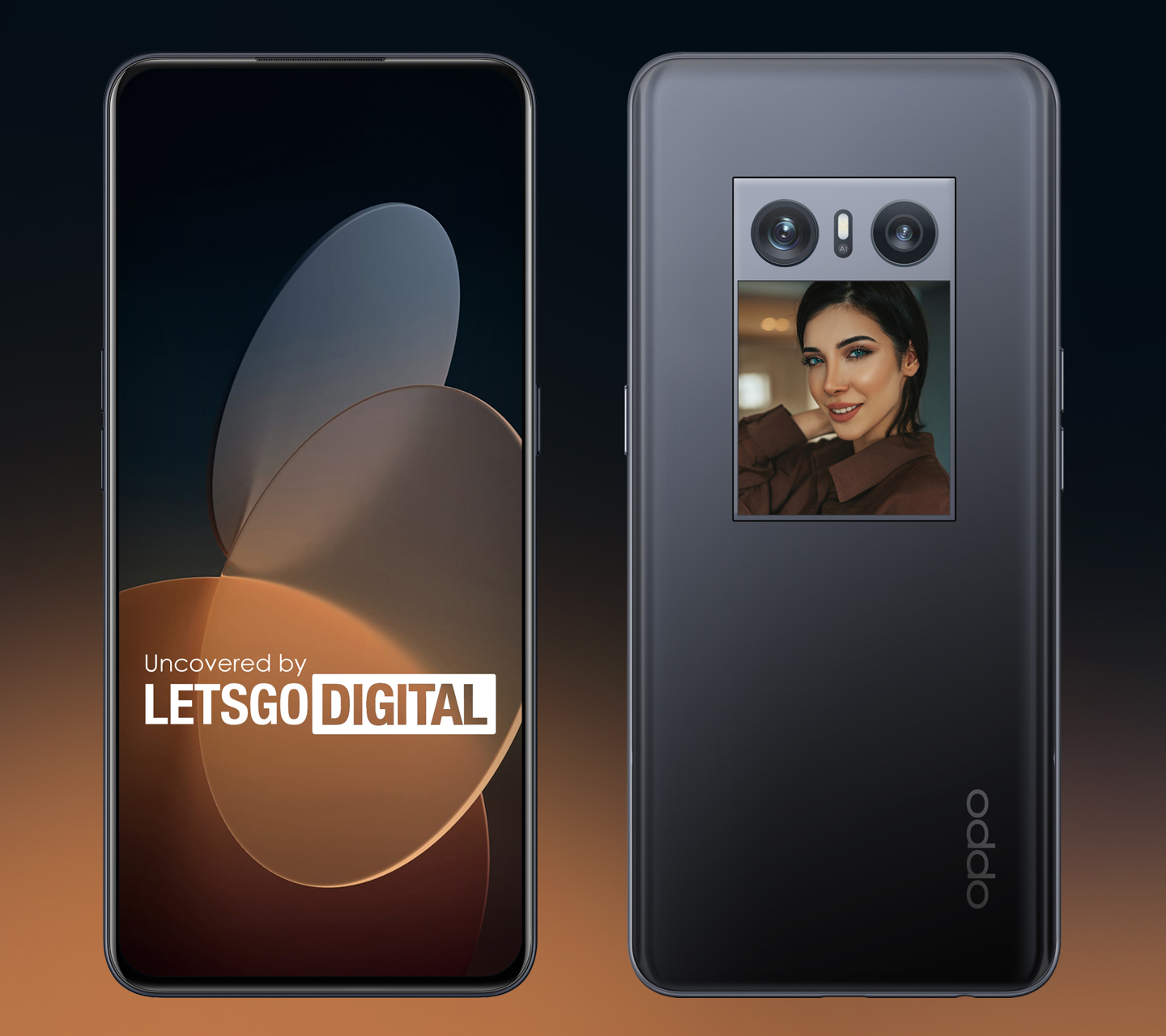 Having a rear display will make it easier for users to take selfies with the main camera since you’ll be able to see what you actually look like. This isn’t something really new as we’ve seen in devices like the Vivo NEX Dual and the Xiaomi Mi 11 Ultra. Recently Oppo got a patent for an under-display camera but the image quality of those is still not that great as compared to selfie camera systems. So if they pursue this rear display for their high-end phones, users can get good quality photos and a display as well.

But there’s also a chance that Oppo filed these patents so their competitors will not be able to use them, which is something that’s pretty common in the industry. This will most likely not be part of the upcoming Find X5 series so we’ll have to wait until they eventually introduce this…or not.