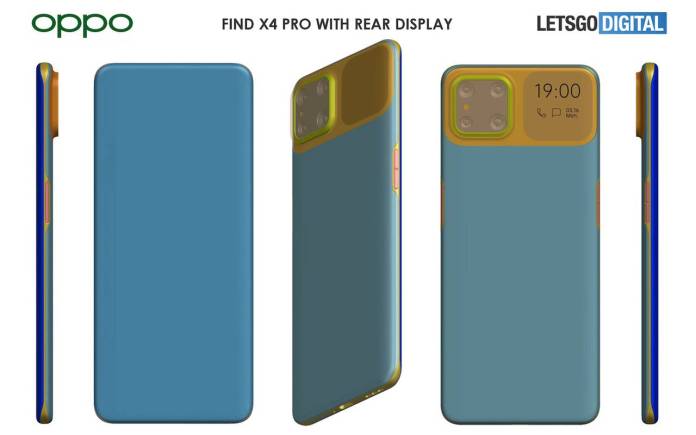 Another Oppo Find series phone will be revealed in the coming months. No, there’s no other Find N variant. The Oppo Find X4 series is expected to be revealed in the first quarter of 2022. OPPO has been working on a number of new technologies and we won’t be surprised if some of them will be implemented on future devices or at least be compatible with them. There is the retractable camera and the Air Glass AR glasses. A new Imaging Neural Processing Unit (NPU) was also introduced—the MariSilicon X.

The Oppo Find X4 will follow the Oppo Find X3 series. Not much information is available but a design patent has been sighted. A device with an under-display camera plus a secondary screen is believed to be in the works. If not in the works, then the phone is under development.

The documentation was published only on December 14, 2021 but it was filed last September 1, 2020 with the CNIPA (China National International Property Administration). It has already reached the WIPO (World Intellectual Property Office).

The Oppo Find X4 Pro with under-display camera was presented with documentation that includes 48 images. The renders show an OPPO phone with a fullscreen design, rounded sides, and no cutout for the selfie.

The Oppo Find X4 5G phone series is expected to come with more advanced specs and features. There is the familiar square camera island with four cameras and a flash. There is also a smaller square screen on the other side.

This secondary display may be used for capturing selfies with the high-specced cameras. We’re also assuming the screen can also show notifications and other information like maybe alerts, a bell, date, and time.

Based on the images, the camera system is protruding. We don’t see a retractable camera. The renders show a very narrow frame with buttons on both sides from the power and volume keys.

A March 2022 launch can be expected. Other variants may be introduced as well. It can be assumed OPPO will already use Snapdragon 8 Gen 1 processor by Qualcomm and may be a bigger camera with faster charging.