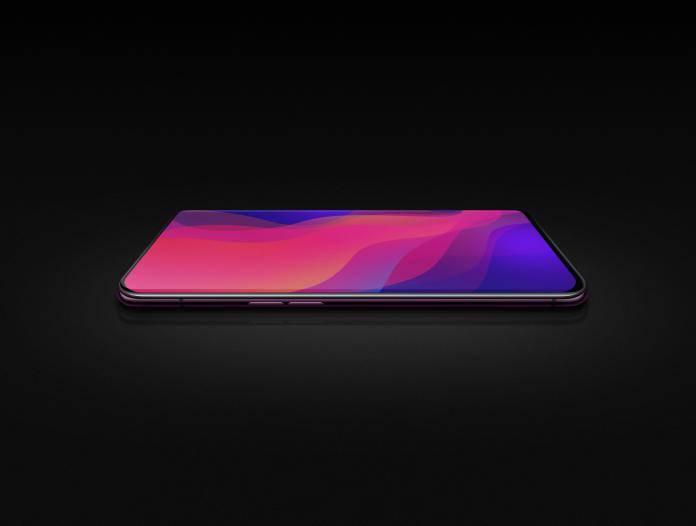 OPPO has just launched their most premium and innovative phone to date – this is the OPPO Find X. The Chinese manufacturer may not be as big in the US as the other popular brands, but OPPO is the same company that owns OnePlus, so that might be a point of reference. OPPO has made a statement with the Find X – they agree that big screens don’t need a notch, and we’re so happy about that. But there is a lot more to the Find X than meets the eye.

The OPPO Find X is gorgeous to look at, and you can ascribe that to the large 6.42-inch AMOLED panel up front. The display runs at 2340×1080 resolution and has virtually no side bezels and “chin”, and no notch. All you get is glorious display from top to bottom. Now, as to how they dealt with the notch, that is truly something special. See the video below from The Verge to understand where they put the cameras and sensors.

As you saw from the video, the cameras are hidden in an innovative slide-up mechanism, a little bit quite like the VIVO Nex, but at the same time smarter as heck, we feel. When the user accesses the camera app, the entire top section of the phone motorizes and slides up, revealing a section that has the 25MP selfie shooter along with a 3D facial scanning system at the front, and the rear cameras – a dual camera setup with a 20MP and a 16MP sensor. When not in use, the section with all three cameras slide down inside the top portion of the phone. Now tell us you are not impressed.

We are very much impressed with what OPPO has done design-wise, but the whole phone has to work, doesn’t it? Aside from the innovative camera system, the OPPO Find X has all the innards of a 2018 flagship – Snapdragon 845 powering it, supported by 8GB RAM and up to 256GB internal storage. It has a dual SIM system, and is compatible with most 4G networks all over the world. You can basically throw any app at it and it won’t flinch.

The software is OPPO’s ColorOS Android skin, running over Android 8.1 Oreo. Think of it as a mix between an iPhone and a Samsung flagship phone. It certainly doesn’t look like stock Android, but you can run a launcher if that bothers you. The software system also provides for gesture navigation from the edges, if you’re used to that. 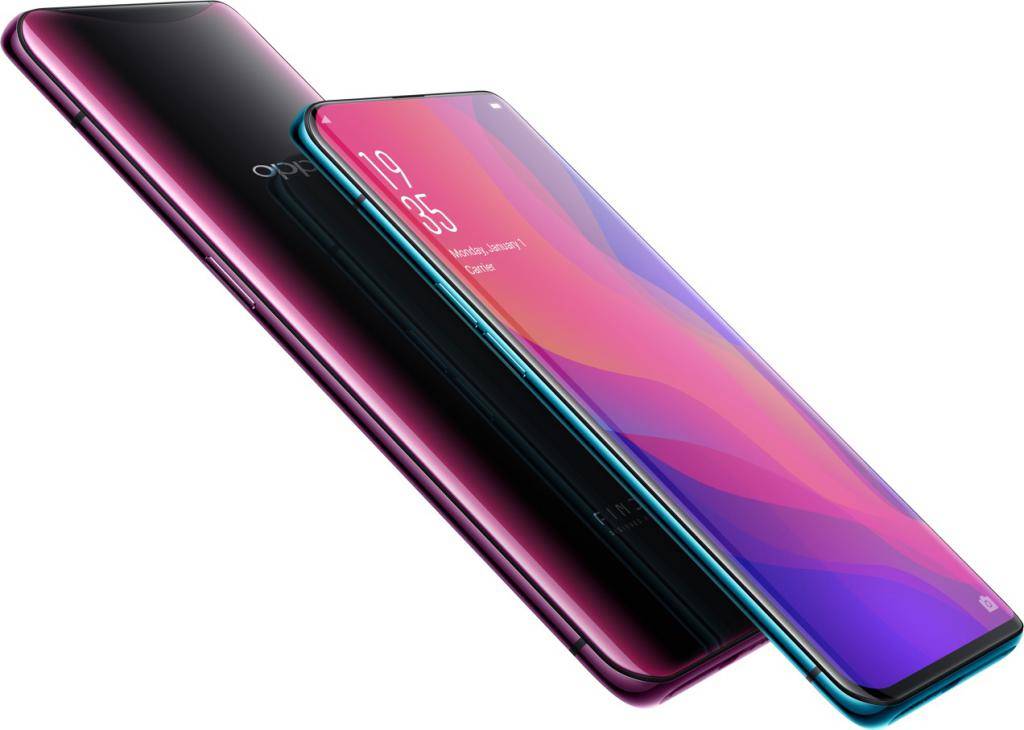 There are a few things that are not present on the OPPO Find X, first of that is fingerprint security. There is no fingerprint sensor in front or at the back, and none under the screen (which we were hoping to find). Now most people would find that inconvenient, but OPPO is hoping that its face recognition system – which is housed in the same motorized slide up portion – will be enough. When you try to access the locked phone, the motorized section slides up in half a second to see if it is indeed the registered user.

We’re not sure how sturdy the slide-up mechanism is, but it should be built for major wear and tear, if it is to serve this way. Innovative it surely is, but we hope it is built to last. Other features include a 3730mAh battery which can be charged via VOOC quick charging – basically the same fast charging feature called DASH charge in OnePlus phones.

If that wasn’t enough, OPPO also had time to create a limited, more premium edition called the Find X Lamborghini Edition – with design cues and branding coming from the luxury sports car manufacturer, no doubt.

It is the same with the standard Find X, but decked out in Lamborghini styling. Also, this premium edition has the Super VOOC charging, which claims to give you a full charge in 35 minutes. That is really fast charging. The Find X Lamborghini Edition will also have 512GB of internal storage, part of the few who can boast of that much storage internally. 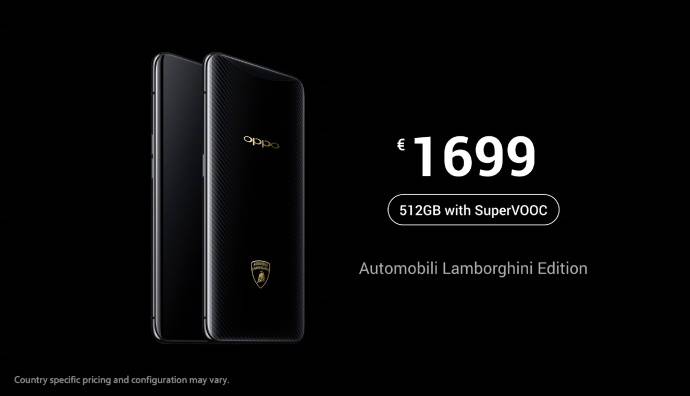 All this is nice, if only it wasn’t heck expensive. The Find X Lamborghini Edition will be priced at an eye-watering EUR1699, or around USD$1965. That’s around USD$700 pricier than the standard Find X, which is already pricey to begin with.