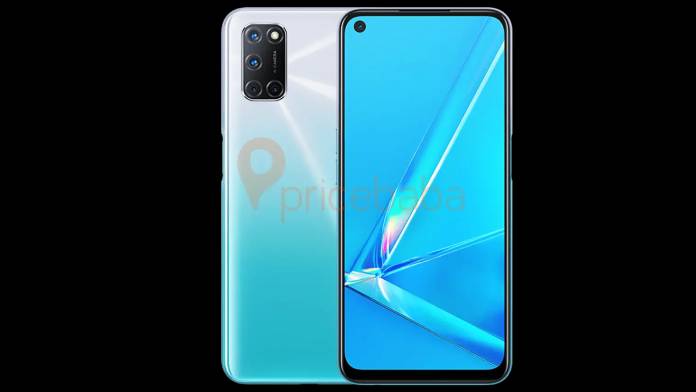 By the look of things, BBK Electronics is busy working on a rebranded version of the OPPO A52. Yes, alongside the A92s smartphone, which was announced last week in China, another variant of the mid-range phone is being prepared, dubbed the OPPO A92. This was revealed by Pricebaba in close quarters with reliable tipster Ishan Aggarwal, who has release what is an official rendered image of the phone, showing both the front and back of the phone.

The image reveals that this smartphone will have a rectangular quad-camera setup on the rear and in-display single punch-hole camera on the front. According to Pricebaba, the phone will be a toned-down version of the A92s in the guts while the looks are going to be more or less the same. According to Ishan, OPPO A92 will have a 6.5-inch FHD+ LCD display while it is still not clear whether it will support 90Hz refresh rate or not.

The OPPO A92 will feature 5,000mAh battery capacity that will provide solid on-screen time. The software will be the predictable Android 10-based ColorOS 7.1. The phone will have volume rockers on the left and a power button on the right that doubles as a fingerprint scanner.

OPPO A92 has a noticeable curved rear panel with highly glossy finish, which could either be glass or plastic. The bezel is pretty thin on the sides and top but on the bottom, there’s a comparatively thick chin. It’ll come in three color options – Twilight Black, Shining White, and Aurora Purple. We can expect to see more information about the phone in the coming weeks, so stay tuned.