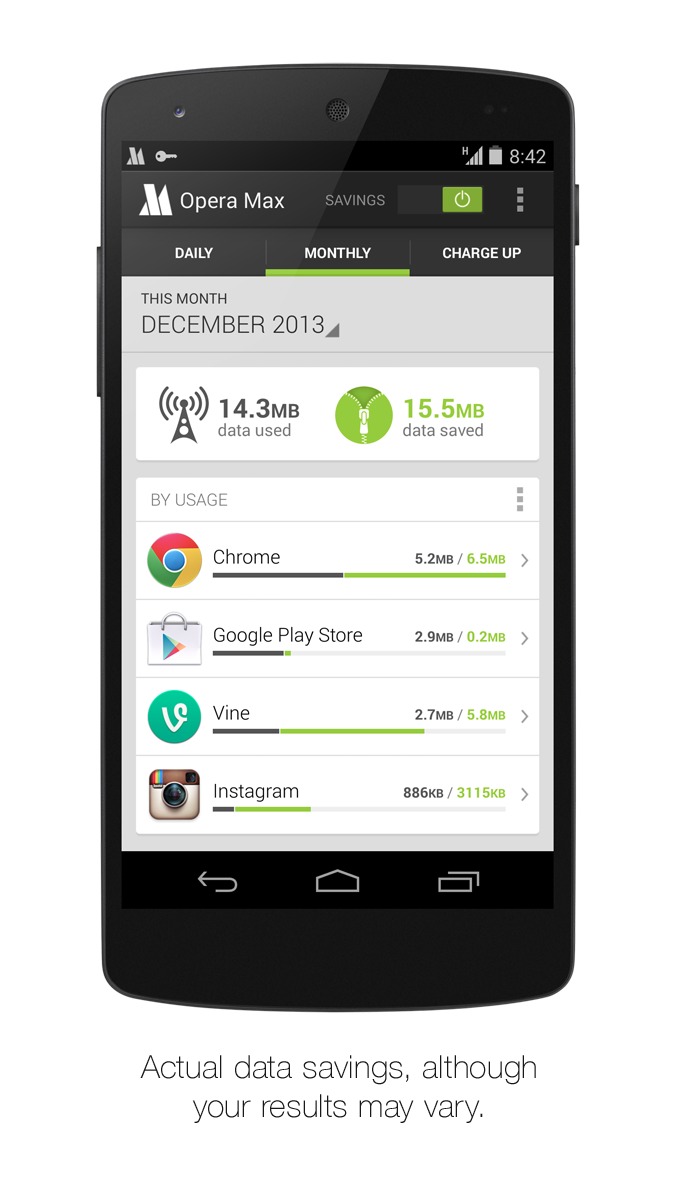 In the early days of access to the Internet on mobile devices, before Firefox or Chrome became household brands on smartphones, Opera made a name for itself by providing the technology and the service to compress data that goes through its browser. Now the company wants to bring that concept outside the browser and into your entire Android device.

Because of how we have evolved in our use of the Internet on mobile devices, optimizing just for a web browser use case is no longer practical. Opera wants to apply the same compression benefits that has garnered it praise to almost all facets of a connected smartphone. The ones that will benefit the most are users who are on limited data plans, as they will be using less data when doing the things they usually do with the Internet.

Opera accomplishes this by employing an already known technology called Virtual Private Network or VPN. In essence, this acts like a tunnel through which data requests and replies go through from and to the smartphone. With Opera Max, Internet data requests are coursed through Opera’s servers that then compress the data into a more optimized size. The amount of data space saved depends on the kind of application and the connection used. For example, Opera Max doesn’t work on data transferred by encrypted protocols like HTTPS, leaving out apps such as Facebook out in the cold.

There are still many questions and concerns regarding Opera Max. As data will be passing through Opera’s servers, there will definitely be some eyebrows raised with regard to security and privacy issues, though Opera promises to measure only how much data is used and saved. There is also the matter of whether their servers will be able to handle the amount Internet traffic that will flood it once the service goes public. But answering these questions is what this beta testing period will be all about. If you’re interested in this feature and want to help Opera fine tune Opera Max, hit the source link below to read the instructions on how to join the very limited beta testing program.