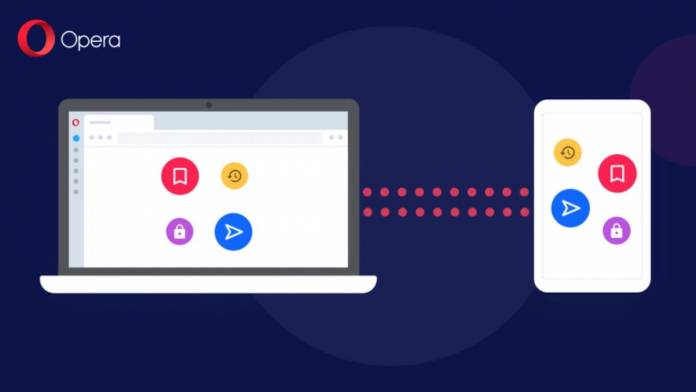 If you use your computer and your mobile device or devices together a lot, you’re always on the lookout for tools that can help you when it comes to syncing across platforms and devices. For the Opera browser, this is a priority based on the features that they’ve previously introduced and the ones they’re adding to the latest update. Opera for Android 60 brings new features that would make syncing your data easier with tools like QR scanner and Flow plus other new tools like Easy Files and Suggested Sites.

If you use Opera on other devices and if you constantly change them, having to sign in and sync over and over again can be a pain. With Opera for Android 60, it’s now easier and simpler as you just need to scan a QR code on your other device from the one that’s already signed in. Once you scan it, you’ll be able to access speed dials and open tabs as well as keep and sync bookmarks, typed history, and passwords.

Flow, your “personal portable notebook”, is now available on Opera for Android 60 when previously it was only for Opera Touch and Opera for computers. This feature gives you a safe and encrypted space where you can keep things like notes, articles, recipes, ideas, and links. You can also share images, other files, and links between your computer and mobile devices so you don’t need to use a messaging app or other extra tools to do so.

One of the most popular tools that Opera has is the Speed Dial function where you can easily access and arrange your frequently visited websites. But for those who don’t want to manage it, you now get something underneath called Suggested Sites. It gives you quick access to sites you visit often, open tabs on other devices, offline content when you’re not connected, and other possible things soon.

The desktop version also gets something new called Easy Files where it shows you a visual display of your most recently downloaded files so you don’t have to scour your computer for the files you need to attach. You can update Opera for Android to the latest version to experience these new and improved features.