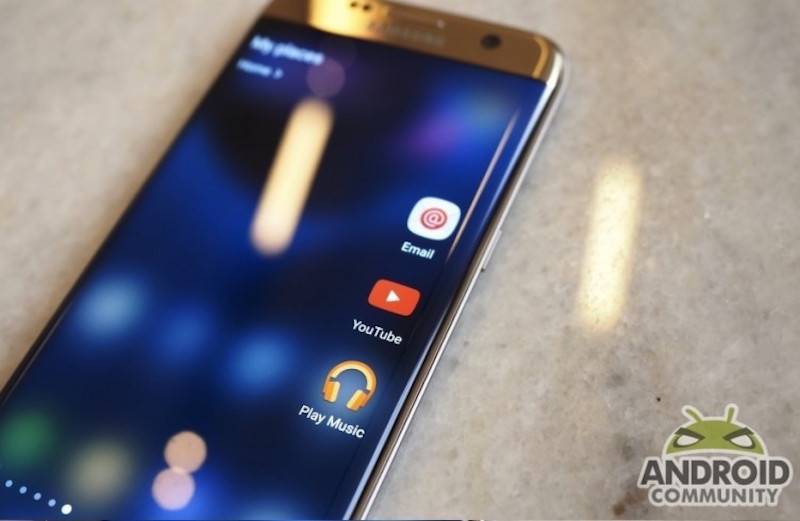 When Samsung started releasing Edge devices last year, people were pretty excited as to what the dual curved displays can add to the user experience, However, some were pretty disappointed as you couldn’t do that much with them except to see color-coded notifications and other minor things. But with the release of the Samsung Galaxy S7 Edge this year, plus the Android 6.0 Marshmallow update, users were able to get a bit more out of the display. An open-source project now lets you control your music player from the edge display.

The Edge panel created by XDA developer hymxdev will work for Samsung devices that of course have the Edge display, including the Galaxy S6 Edge, S6 Edge Plus, S7 Edge, and even the Galaxy Note 5, if the Edge screen feature is enabled in the phablet. It will let you control your music player without having to open the app itself. All you have to do is install the app and then use the Edge display to Play/Pause, Next track, Previous track, etc. What you can do also depends on the music player you’re using.

After you’ve downloaded and installed the app, go to the edge overview panel and click on the pen in the newly installed panel. Click the “change notification permission” button, and allow the Edge player to access your notifications. Go back and then make sure that the box for the Notification Access is already checked. You might need to restart for the app to take effect.

After booting up, open the music player of your choice and then start seeing the controls on your Edge panel. Since this is an open source project, other developers can access the source code and improve on it and give feedback too.