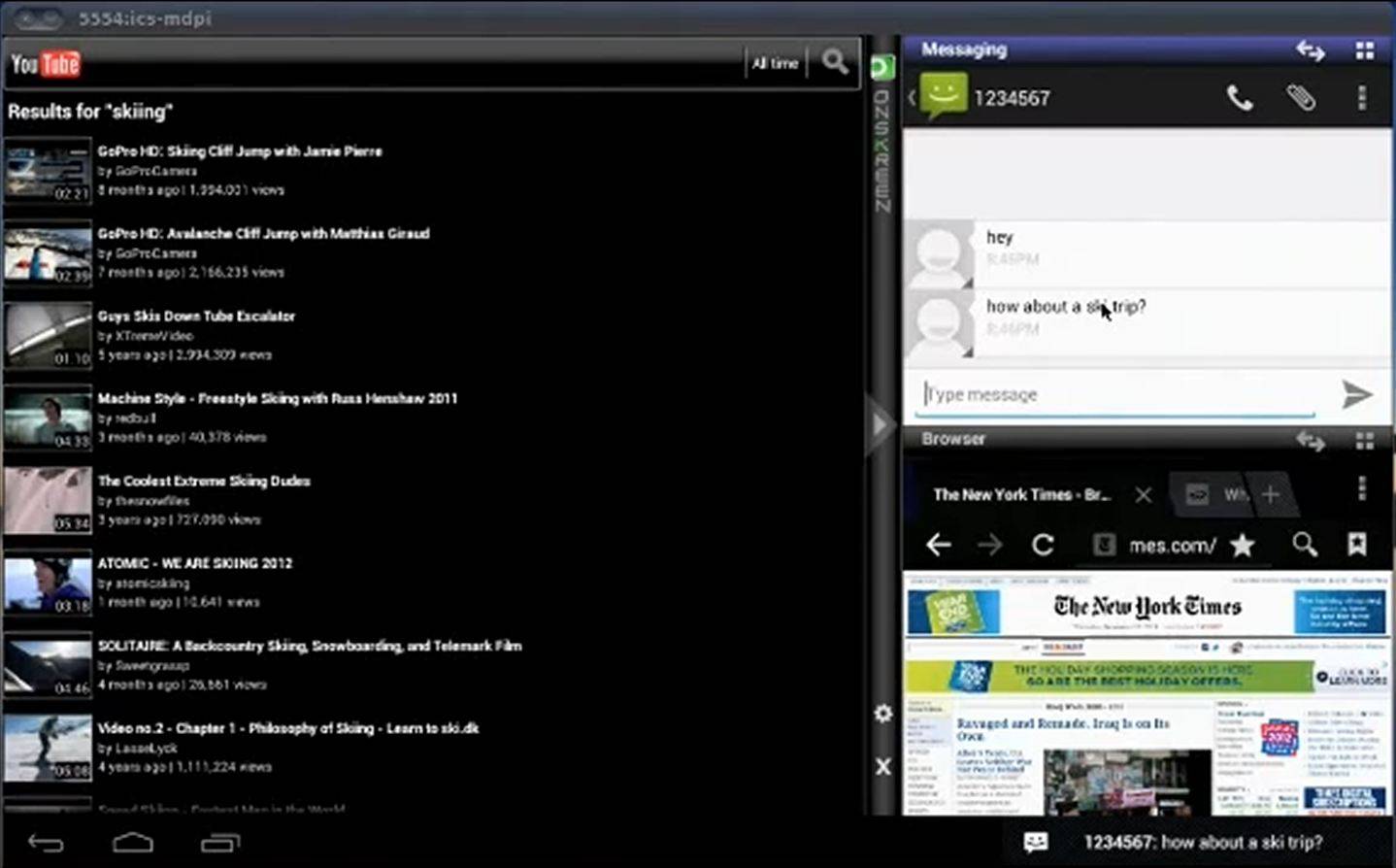 Tablets are big. Smartphone apps are small. This would seem to present an obvious answer to the many, many Android apps that scale up to massive resolutions instead of adjusting their total user interface Ice Cream Sandwich-style. But no, apps form unconcerned or merely oblivious developers continue to scale up, as if someone ran over an Android smartphone with a steamroller. Enter Cornerstone, a method for managing windows of apps on Android, jut like on Linux, OS X and, uh, Windows.

ON Honeycomb and ICS tablets, Cornerstone hangs out on the left side of the screen like a second menu bar. Tap it and you can see two “pinned” apps, which scale as if using a separate screen. The effect is not unlike Windows 7’s ability to snap applications to the side of a desktop screen. Meanwhile your “main” app hangs out in the right window, and it looks like it uses about the same amount of horizontal space as a vertical app while in horizontal mode.

Unfortunately you can’t download Cornerstone on the Android Market at the moment, or even as a stand-alone app. Cornerstone comes from developer Onskreen, which is marketing its solution towards the retail space for snazzy demonstrations or inventory management. However, they’ve recently released the open-source code for the project on GitHub, so you might see their multitasking solution show up in standard apps or custom ROMs soon.