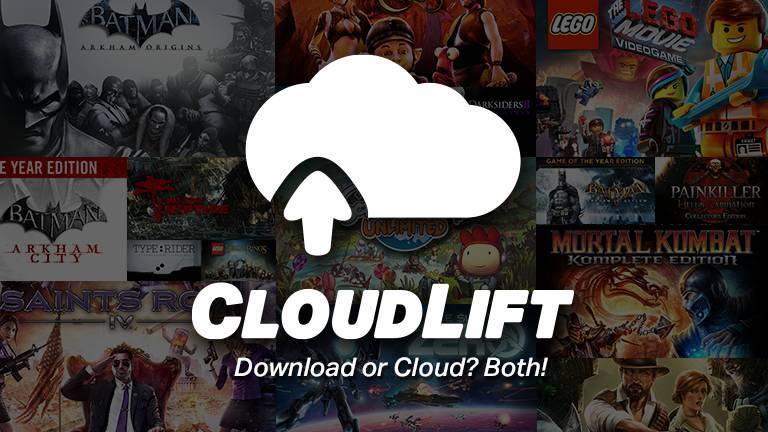 OnLive is live again and this time it is expanding its reach with CloudLift. Rather than limiting yourself to playing streamed games, this new subscription-based service allows you to download games when possible and stream them when needed.

Streaming games is a nice thought and looks enticing on paper. The idea of being able to play your game from anywhere on any device is definitely a gamer’s dream come true. However, there will necessary be some drawbacks, like not being able to fully take advantage of hardware when you have it, like on a PC, or requiring fast Internet speeds. In some cases, players are torn between downloaded games or streaming games, or even duplicating purchases.

With OnLive CloudLift, gamers won’t be forced into that dilemma anymore. For $14.99 a month, OnLive users can link their already downloaded games. This will let them enjoy the full gaming experience on their PC or laptop when they can, but also have the option to stream those games to their PC, Mac, Android, or even TV when the situation requires it. At the moment, only 20 games are available to be linked with Steam, including titles like Batman Arkham Origins, Scribblenauts, The Lego Movie Videogame, Saints Row IV, and more.

OnLive is also stepping into the MMO business with OnLive Go, bringing the same streaming experience to online games. The selection for OnLive Go is even more limited, currently only covering Second Life, rebranded as SL Go, and War Thunder. Of course, OnLive will expand its catalog for both CloudLift and OnLive Go but it still remains to be seen how long this business will remain profitable.