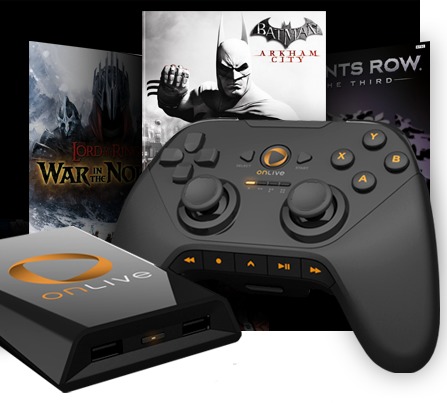 The way OnLive actually works is it streams gaming content straight from their cloud to your PC – and now that their application is compatible with Android and iOS they’re about to completely change gaming expectations. Whenever we think about playing a video game on our smartphone or tablet, there are certain expectations and limitations we are aware of. For instance, installation of the typical Android game takes around 10 minutes or so over a 3G network connection. Though many games out there push our tablet’s to their limits, most still can’t even compare to many console titles currently out. With OnLive, you can stream any of their popular games straight to your device with no need to download software or a powerful graphics engine. It works just like streaming a YouTube video or a song from Spotify.

Some titles they currently offer include Assassin’s Creed Revelations, Batman: Arkham City, and and Lord of the Rings: War of the North. Playing these games over such portable devices almost seems impossible, and OnLive’s release will soon make it a normal feat. Of course, you may want to make sure you have a solid Internet connection before buying into their technology – because with spotty reception it’s not worth it.

The OnLive controller is now compatible with tablets, so it will be easy to play these games practically anywhere – from your couch at home to inside your local Starbucks. Even better, the application offers on-screen controls as well. The real task now is to beef up their gaming library; 25 titles is nice, but growth is essential to their success. Even adding some popular MMO’s (Massive Multiplayer Online) like World of Warcraft would really put a spike in their sales. Such games usually require a large amount of disk space and would greatly benefit from OnLive’s cloud access and portability.