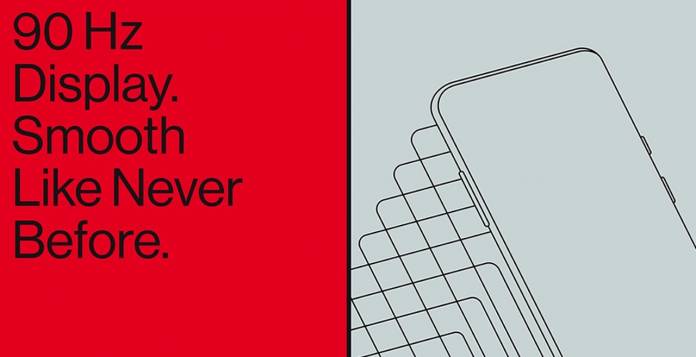 The OnePlus TV is coming. On September 26, the Chinese OEM will be officially launching a new smart TV that will offer a ‘fast and smooth’ experience. OnePlus lives by its ‘Never Settle’ tagline and so aside from smartphones and earphones, it’s also venturing into the smart TV arena. This time last year, we only noted the possibility of a OnePlus TV that would be more connected and smarter with AI. Last month, a new product was sighted on Bluetooth SIG that meant launch is happening soon.

The OnePlus TV launch will be on September 26, 2019, Thursday, 7PM in New Delhi India. It will happen at the Indira Gandhi Arena. On the same day in North Amera, at 10:30 ET, the new product will launch at oneplus.com/launch. Check out YouTube and Twitter for more information. The product will also launch in the UK on October 10, 16:00 BST, at the Magazine London Theater.

The OnePlus 7T Series will also be unveiled. This is an early announcement of the T variant so this makes us more excited than ever. Watch out for more leaks and details before the official launch happens.

More good news, you can get a chance to win and fly to London to see the new OnePlus phones. The launch event will be held on October 10. Community users and avid fans of OnePlus can witness the official launch. The promo is open to those in North America or Europe. If you can be in London between October 8 and October 10 and can speak fluent English, you can join OnePlus. Two lucky Community members will be picked.

Fill in this form first. Do any of the following:

• Tag Pete and ask him a question with ‘Smooth’ as the keyword. Let’s see which lucky duck will be chosen by Pete.
• Leave a reply below or tag Pete with #OnePlusWinATrip on Twitter (Please ensure your Twitter settings allow @OnePlus to direct message you).

The lucky persons will get to enjoy the following: Lunch with Pete on October 9, one of the first to get hands-on the latest flagship, Backstage access, join rehearsal one day before the official unveiling, VIP launch event ticket, and Free flights and accommodation. After all the major launch events, we’ll wait for Verizon to make an announcement about the OnePlus phones in the US. We’ll know if the OnePlus 7T Pro 5G McLaren Edition will be offered exclusively by the network.