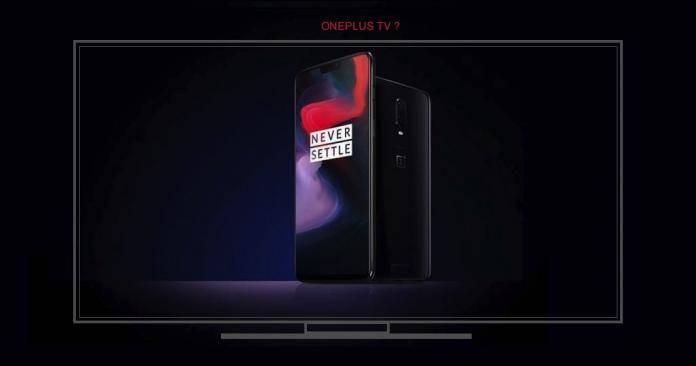 OnePlus is now in its fifth year of existence. The group behind it may be together long before that but we believe they “never settle”. They don’t settle on what they can offer the consumers. From smartphones, OnePlus is believed to be releasing a OnePlus TV that may rival other smart TVs available in the market. We can’t say it will challenge Android TV because it’s only a platform. The OnePlus TV will be an actual TV with a number of smart capabilities and intelligent features like Alexa or the Google Assistant.

The OnePlus TV may complement the OnePlus phones. We’re assuming it can only work with the latest OnePlus models. It could also be an indicator for the company if they could also venture into other businesses like maybe the smartwatch game. A OnePlus Watch? Why not. It doesn’t sound bad nor ambitious. Any OEM can make its own smartwatch.

We’re not doing an official announcement here but the OnePlus TV could be out in 2019 or before the OnePlus 7 rolls out. This makes next year more exciting than ever with all the plans of Samsung and Huawei to show off new phones. As for OnePlus, it needs to up its game especially since growth and development are slow from the Chinese OEM.

The company has loyal fans but we’re not exactly sure their share percentage in the market. It needs to expand its product lineup to at least see the potential and current state of the market.

In a recent interview, OnePlus Founder Peta Lau, when asked about the state of smart TVs simply said: “At present, we feel the current market of TVs is still feeling quite traditional in their functionality and experience. And they haven’t really well-integrated the internet into the experience, and making the experience match with what would be expected in today’s connected society.”

There is a plan to release a new product and they’re still in the early stages of development. It will be big and is promised to receive software updates regularly. The TV will grow more connected and smarter, at least, for the next five years. That is some promise but we think it is possible.

As for the specs, we have no idea yet but we’re hoping it will be 4K HDR-ready. We can expect it will be a premium model and may be ready to beat flagship TVs from other OEMs. It will definitely be smart and will come with AI.