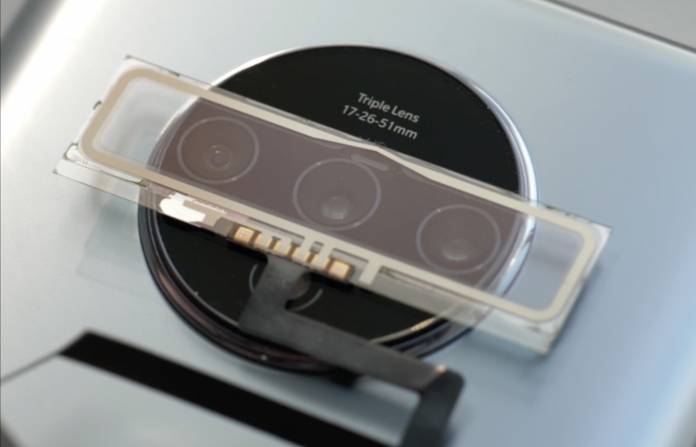 In a time when almost all flagship smartphones seem like clones of each other, OEMs are scrambling to come up with the next unique thing that will make them stand out from the crowd. Not everything seems to click though as evidenced with the first try of Samsung with its foldable display. But that won’t stop other brands from experimenting and at the upcoming Consumer Electronics Show, we’ll get a peek at a concept phone from OnePlus with one gimmick: it has disappearing camera lenses.

They’re calling it the OnePlus Concept One, probably to highlight that it’s not yet a phone that you can buy at this point but it’s still a concept device. The Chinese OEM is working with British automotive manufacturer McLaren to come up with a phone that has disappearing camera lens. What they want to do is to have the same glass technology found in car sunroofs and aircraft windows and put the camera lens under this glass.

We’re bringing the #OnePlusConceptOne to #CES2020, but you don’t have to wait: you can get a sneak peek at it right here, along with its groundbreaking “invisible camera” and color-shifting glass technology. pic.twitter.com/elsV9DKctn

What will happen is when you open your camera app, the camera lens will appear and then disappear once you close it. The tint on the glass will actually change when an electric signal triggers it. In terms of specs, it will have a 48MP main camera and a 16MP ultra-wide-angle lens. It’s actually similar to the previously released OnePlus 7T Pro McLaren phone except this one uses electrochromic glass which makes the phone appear lensless.

However, as its name says, this is still a concept phone so don’t expect it to arrive in the market anytime soon. They are looking at it as a “bold exploration” that can show people that they are capable of overcoming engineering challenges like this “disappearing lens” idea. WIRED says that in real life, it’s a bit anticlimactic as it’s basically just a camera that you can hardly see and not a magical disappearing act. The good news is that the lens have no bumps so it’s a bit smooth at the back.

But even if they have this concept phone, it wouldn’t be that easy to create a mass market version as of course, it would be expensive. There’s also the speed factor (how slow would the transition be?) and the reliability of such a device. Just ask Samsung and its Flex somewhat-fail. OnePlus needs to make sure that everything works as it should be despite the gimmicky nature of the disappearing camera.