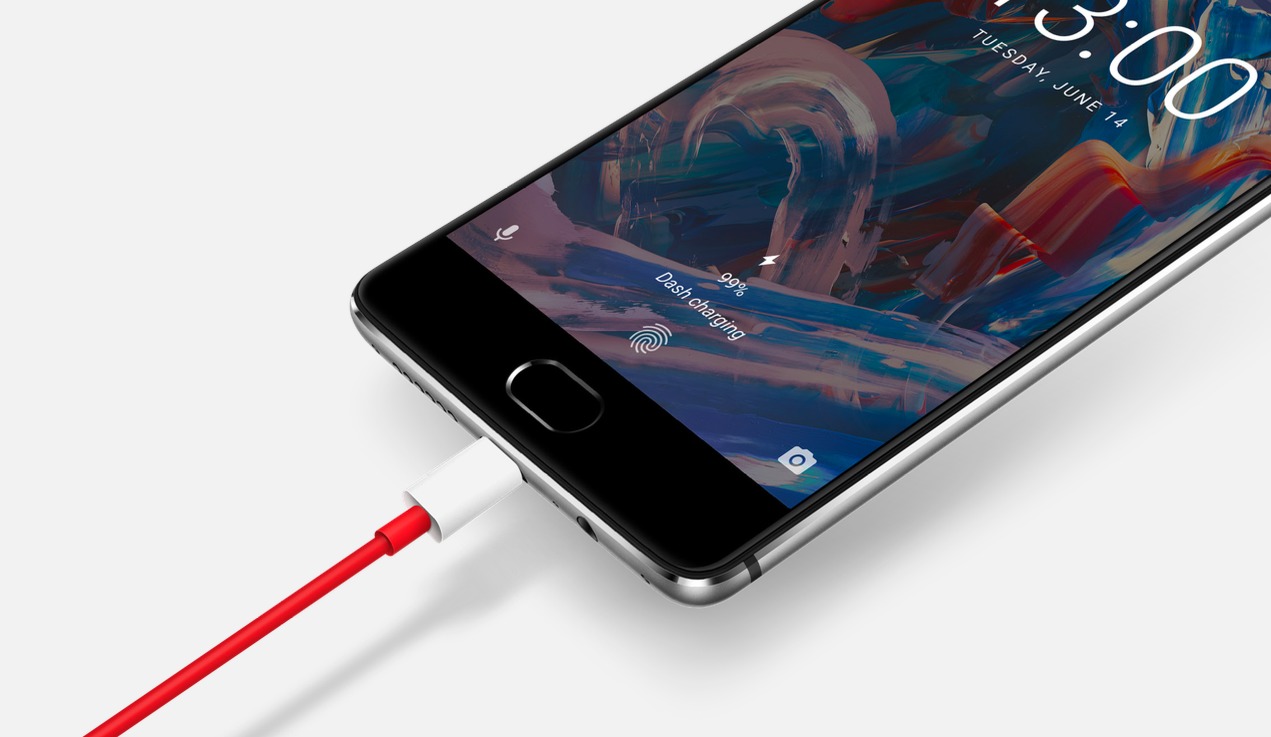 OnePlus is still keen to show just how big a bargain buy the OnePlus 3 is, this time by showing off its Dash Charge quick charging technology against the guys at the top of the table – of course, we mean Samsung and the Samsung Galaxy S7. So how well will the OnePlus 3 perform against the very popular Galaxy S7? Well, very nicely in fact, if this video has anything to show us.

Just so we balance this story right, the video is in fact created by OnePlus, so that should show you where the bias is. For relevant specs, both the OnePlus 3 and the Samsung Galaxy S7 have quick charging technologies – Dash Charge for the OP3 and adaptive quick charging tech either by Exynos or Qualcomm for the S7. Both phones have a 3,000mAh battery, but the S7 sports a more pixel dense QHD display while the OP3 only has a Full HD display. See the video below.

As we can see, the video shows that the Dash Charge tech on the OnePlus 3 gives you 14% more charge over a period of 30mins than the adaptive quick charge tech on the Galaxy S7. A bigger claim is that Dash Charge does not slow down even when the screen of the OP3 is on, and the video does show a huge disparity in the charging speed on both phones when the screen is permanently on. 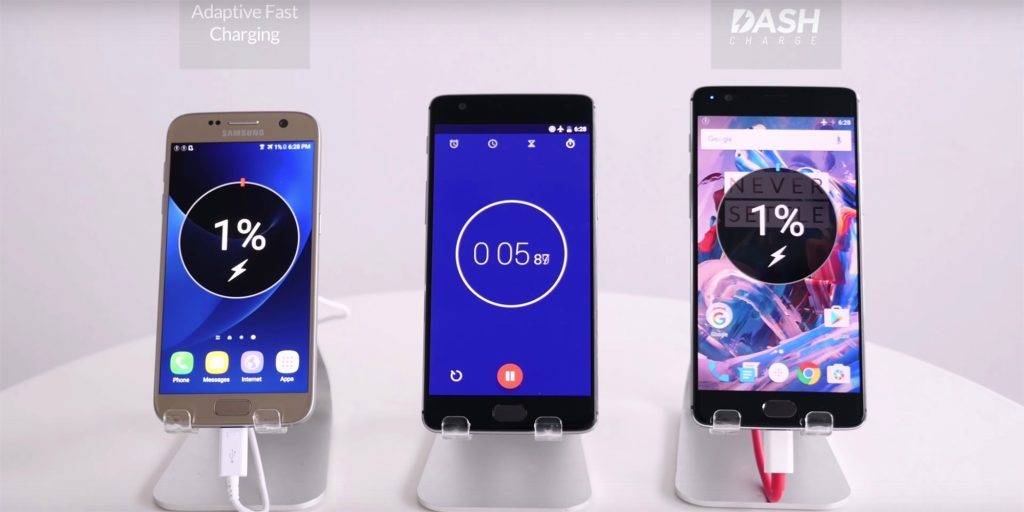 Some people will say that this is because the Galaxy S7 does have a more pixel dense screen than the OnePlus 3. But if the video holds true, the disparity in speed shouldn’t be that bad – especially since you spent more money on your S7 than if you bought the OP3. What do you guys think?