The marketing team behind new tech company OnePlus really know how to drum up attention for a product that is not even officially out in the market yet. This week, they are digitally raffling off not the product itself, but 2,500 invites to purchase the One ahead of everyone else. But there will also be that one lucky winner who will get to take home probably the most anticipated mobile phone in a long time.

Called “The Storm of Invites”, the mechanics are simple and straightforward. They’re giving away 2,500 invites to purchase the 64 GB Sandstone Black model of the OnePlus One and all you have to do is perform simple digital tasks: liking their official page on Facebook, tweeting about the raffle, following them on their Instagram account and writing a message at their message forums. You have until June 24 to do all these tasks and get as many as 5 entries each person by doing all the items on the list. The winners will then be chosen randomly through Rafflecopter.

For those who hate joining contests, there is still a chance for you to get an invite to purchase the One. If you know of anyone who has already pre-ordered the phone, you can score some invites off of them. Or you can also ask those who have signed up from newsletters, as they occasionally send out these invites through their email. 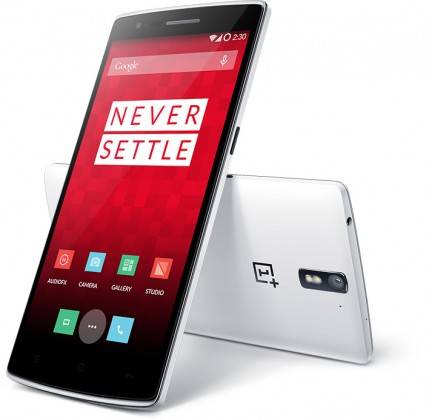 What is so interesting about this phone anyway? Oh, only that it is the first non-Google phone that had the audacity to challenge the more established mobile phone makers in terms of hardware and pricing. It has high-end specifications but the phone is pegged at somewhere below $400. It also boasts of a community-developed Android flavour, the CyanogenMod, that did not come from any of the big manufacturers.