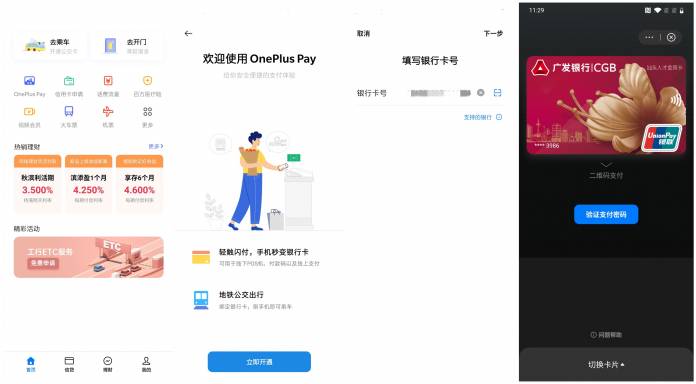 We’ve known for some time now that OnePlus was working on its own mobile payment platform ever since they teased about it at the launch of the OnePlus 7T last year. We haven’t heard much about it since then but now it’s official. OnePlus Pay is joining the likes of Google Pay and Samsung Pay so people can just use their smartphones to pay for purchases. However, this one has launched only in China, although there may be plans to expand to other countries.

According to OnePlus BBS, only the OnePlus 7T and OnePlus 7T Pro have the new mobile payment system. You will have to update the Wallet to the latest version while system support has to be updated to the latest version of Hydrogen OS to be able to use OnePlus Pay. Once everything is updated, go to the wallet app, click on the OnePlus Pay icon in the upper left corner then set wallet as the default NFC app.

You will then have to enter your bank card number and other information for the account that you want to connect to OnePlus Pay. Banks that are currently connected include Guangfa Bank, Minsheng Bank, and SPDB plus credit cards of Guangfa Bank and SPDB. Based on the description, it will be using NFC as well. If the POS machine supports Quick Flash Payment, you’ll have to enter the payment password to complete the transaction.

It’s not clear though what the advantage of OnePlus Pay has over the other mobile payment platforms like Google Play or Samsung Pay. Since it’s available in China only for now, it might be just a country or region specific advantage over the more established competitors.

We might know more about this when the OnePlus 8 launches reportedly in April 15. OnePlus Pay will also reportedly launch in India and the United States.