They have been teasing this for a while now, so it’s no surprise that OnePlus has (finally) officially announced through its forums its intention to sell its flagship phone – the OnePlus One – in India, and its partnership with Amazon.in as the official retail partner.

The China-based startup produced one of the surprise packages of 2014 – the OnePlus One smartphone – a device with flagship level specs but available at a price lower than most flagship phones. The issue was the purchasing process – and “invite only” deal that made it difficult for consumers to actually buy the phone. In this light, the move to sell the phone in India with Amazon feels like a step forward of sorts, but only if the process gets easier.

The official announcement reveals that the OnePlus One will be available for purchase via Amazon.in starting December 2. It is a bit disappointing to hear that OnePlus will still keep the invite system in place, but hopefully the invites flow thicker and faster here. If you want to purchase one, you need to signify your intent by asking for an invite at oneplus.net/in. Keep in mind that the invites are specific to India at this point. 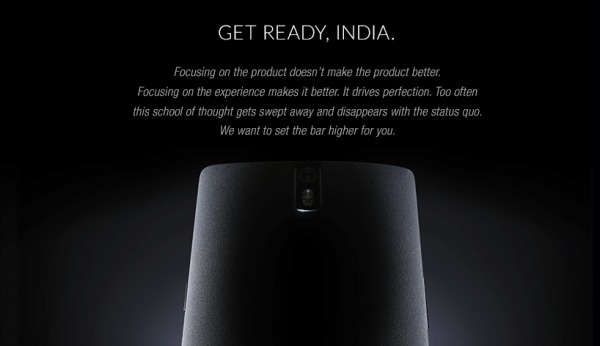 There has been no announcement of a new price point, so we assume it will still be USD$350 without contract. We will wait for the official invites and purchases to go through to actually confirm the price.