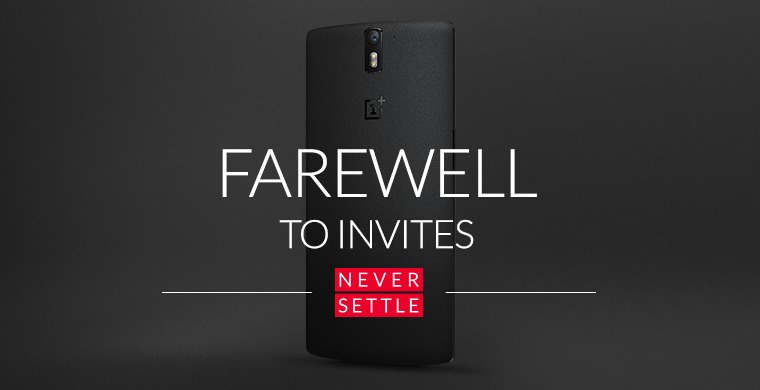 Has it only been a year since OnePlus introduced this different kind of marketing wherein you had to get an invite to buy a smartphone? Well, apparently, April 23, 2014 was the big day and to commemorate this milestone, they are finally doing away with the thing that made them famous in the first place. That’s right, anyone can order online the OnePlus One, and it doesn’t have to be just Tuesdays. It can be everyday until forever, or until they run out of stocks.

OnePlus explains that the reason why they’re doing away with the by invitation style of sales/marketing is because they now feel confident enough to cope with the “demand” and to give their customers the best service, both pre and after sales. The company has indeed grown and they have now over 700 employees after starting with just 30. They’re now available in 35 countries and they are set to launch new products, including the OnePlus 2 sometime this year. But the big announcement today is not that they’re introducing new products, but that they’re opening up sales for their first and original smartphone to anyone in the world who wants to have it.

OnePlus also acknowledged the fact that their marketing scheme may not have pleased everybody, but that they are also working hard on listening to their customers. The OEM also confirmed that the upcoming OnePlus 2 will be by invite once again to maintain their “razor-thin margins” but their tone suggests that eventually, they might open it up to the public just like its predecessor.

For those who are in the USA/Canada, European Union, Hong Kong, and Taiwan regions, customers get an added OnePlus-related bonus. Their Flip Covers and Premium Screen Protectors will be at 75% off in the next 24 hours. They are also opening up the previous by-invite only Bamboo StyleSwap covers to anyone who wants to purchase, but only until supplies last.