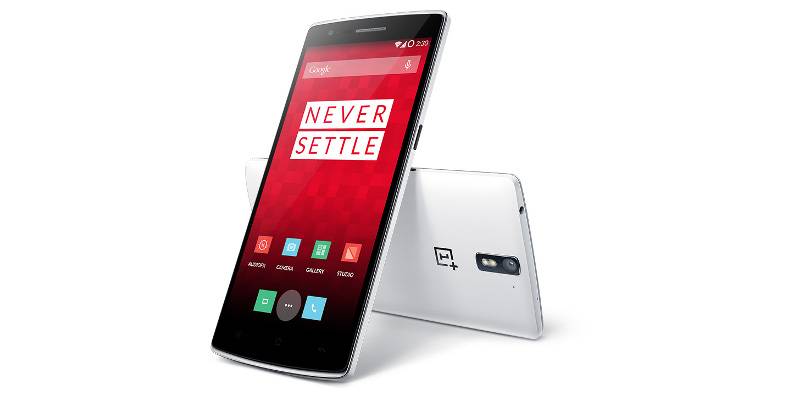 OnePlus promised to be different and, to some extent, they are. That desire to be unique and to never settle shows up once again today as OnePlus revealed a gift for lovers of a 100 percent, pure, vanilla Android experience: A stock Android ROM just for the OnePlus One, complete with a gapps download, and instructions for flashing, all without voiding your warranty.

This stock Android image is somewhat amusing. OnePlus One already has the distinction of being the only commercial product that actually runs a custom ROM, although modified, out of the box. Sure, the OPPO N1 could have had that honor, except for the fact that the CM-toting N1 was only a limited edition and the regular versions only allowed dual booting at the very least. Given how CyanogenMod is itself already quite close to an AOSP-based vanilla Android setup, it might seem that this stock Android ROM is a bit redundant.

CyanogenMod, however, does add quite a bit on top of plain Android, which is evident when you compare it to the version running on a Nexus, which itself is also modified by Google. Most of the CM bits are there mostly for convenience primarily and, in the case of very specific CM features like CM Account, to add value. What this stock ROM provides, then, is a jumping board for other OnePlus One compatible ROMs, features, and development that could come out in the near future. One interesting note that OnePlus makes is that flashing this stock ROM does not void your device warranty, definitely an unconventional arrangement. Bricked devices, however, are not covered by that warranty.

A smartphone with flagship specs at half the price, CyanogenMod 11 out of the box, stylized back covers starting with bamboo, support of two of the largest custom ROM communities, and, now, its very own stock ROM. OnePlus One is turning out to be quite a dream come true, except that it is slowly becoming a nightmare for some. With yet another wave of invites raffled off, there doesn’t seem to be any sign that OnePlus will be making this One available to the general public, which makes trying to get a OnePlus One feel like trying to win a lottery. Considering how they are handing out invites anyway, it technically is.