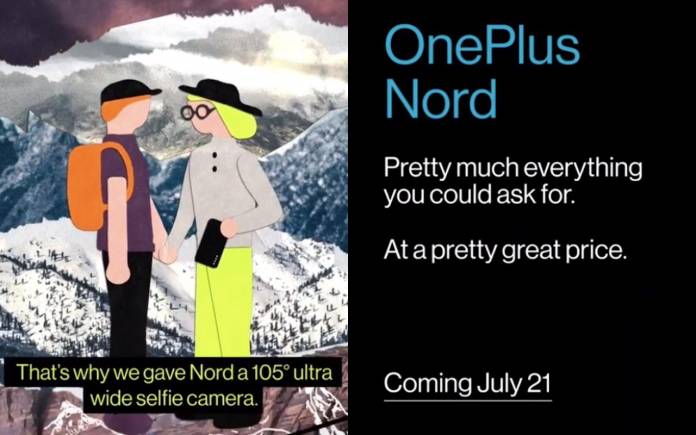 The OnePlus Nord’s pre-order may already be sold out in Europe but we have yet to know the final list of features and its design. Some specs were mentioned yesterday as spotted by a source. We already know the major details but we’re still taking things with a pinch of salt. The Chinese OEM has also been posting a few teasers and we know July 21 can’t come soon enough. After learning that new OnePlus wireless earbuds are confirmed, we see on Instagram a short video, telling what new the OnePlus Nord will offer.

OnePlus Nord will come with a 105-degree ultra-wide selfie camera. That is an important improvement which means no need to use selfie sticks. The video starts with data on how many people die of selfie sticks.

An average of 3,000 people around the globe is killed by the accessory. No, they are not stabbed or hit but most of them die because of falling. The feature is not exactly new but we’re curious about the dual selfie cameras.

OnePlus is urging the public to drop the selfie sticks. We’ll know everything on July 21. OnePlus is planning what is said to be the first AR smartphone launch in the world.

What a way to go. Drop your sticks and join us for the world's first AR smartphone launch on July 21. #OnePlusNordAR #OnePlusNord