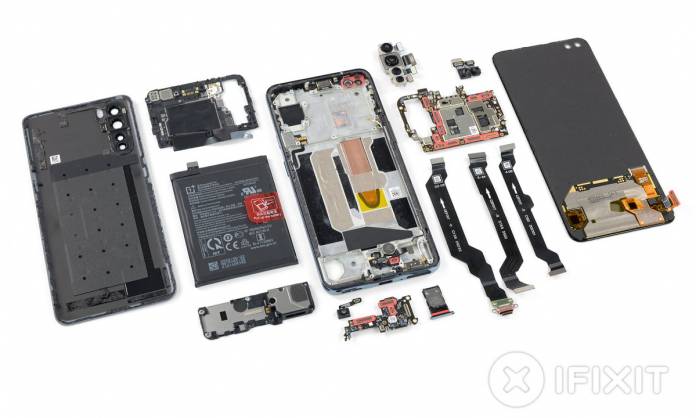 OnePlus Nord has been making all the news lately for its value for money proposition and going back to the affordable flagship-killer roots. There’s no dearth of reviews and personal opinions by tech pundits about its features, durability, or other usability aspects. Though not many have talked about its reparability aspect and what hardware lies beneath the outer surface. iFixit got down to performing a teardown of the OnePlus Nord to learn all that.

Having a similar form factor to the OnePlus 7T, Nord has all the hardware components configured in a straight line on the left. Opening the back panel is a quick task since no heat is needed and there are no hidden trap cables. It just opens with the pick/suction handle combo which is great.

The battery connector is concealed behind the motherboard cover which has the NFC antenna and flash attached. Thankfully OnePlus uses the standard Philips screws which eliminates any chances of reassembly error. To make the battery removal easy, there is a pull tab. It should be noted that if the battery is removed then it should not be put back for safety reasons. 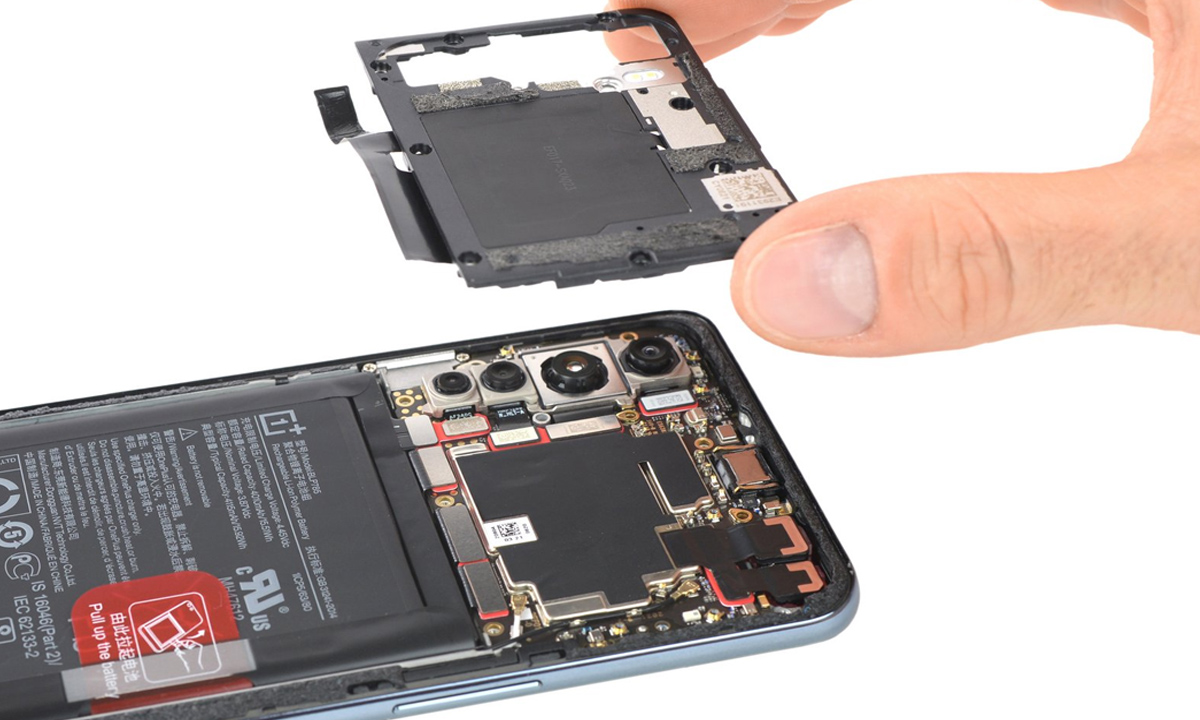 Nord has no official IP rating but it does have rubber connector gaskets that come in the OnePlus 8 Pro. So there is some level of protection even though there is no official IP rating. By removing the Philips screws, you can lift out the motherboard having thermal paste. This paste is present on the opposite side too, transferring heat to the copper element. 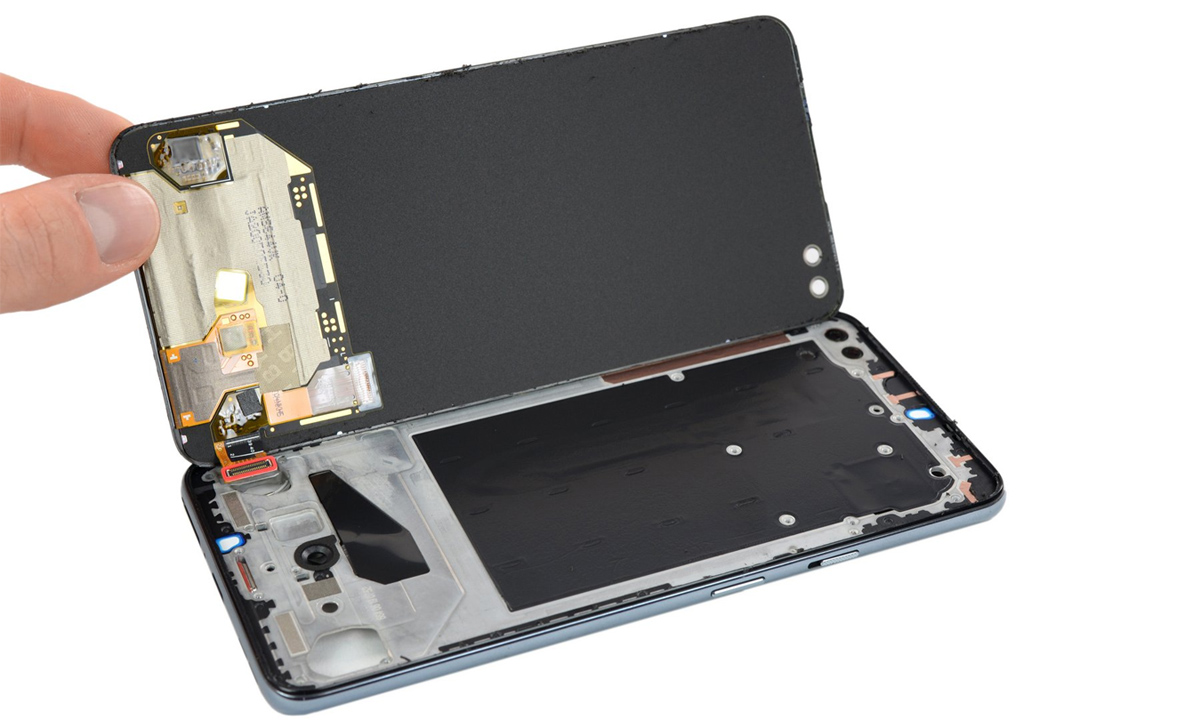 Removing the bottom cover reveals cables and rubber gaskets which are in plenty. It also reveals that the USB-C port, vibration motor, and fingerprint sensor are all replaceable. Removing the display housed inside the plastic bezel is a bit of a challenge since it is glued firmly. With heat and thin-tool for slicing, it does come out. The phone has a total reparability score of 6 out of 10 by iFixit.