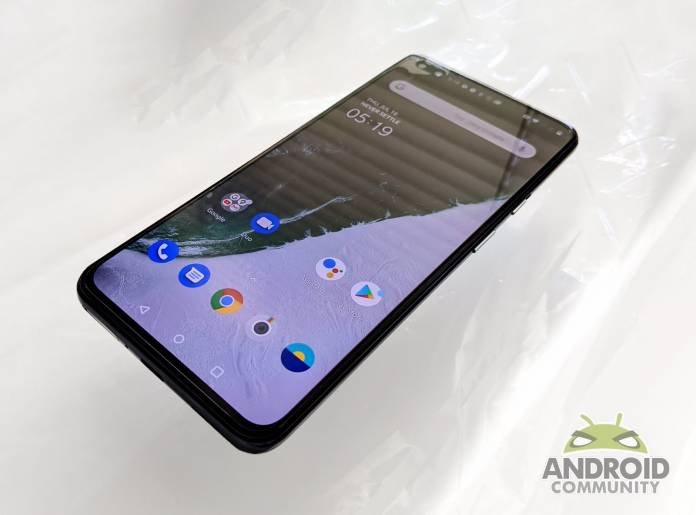 No, the OnePlus Nord will not be available in the USA, however, folks in Europe or India are going to get lucky as this phone is meant for these areas. Another downside is the absence of wireless charging. Why are we starting this review with the negatives, you may wonder? Truth be told, we can’t find many flipsides to the OnePlus Nord, hence this review is going to talk more about the low-cost budget pricing of the phone, the 90hz refresh rate AMOLED display, the 5G connectivity, the well-designed case that comes in the box, and of course the Android / OxygenOS, which is both smooth and decent to use.

Going back to the Summer of 2020, when the OnePlus Nord made its debut in most markets except North America, most folks were happy to get their hands on a high-quality phone that didn’t cost an arm and a leg. Most reactions to the phone have been positive. For example, if you pit the OnePlus Nord next to a OnePlus 8 Pro, which is perhaps a tad more powerful and expensive, you will instantly notice a difference in display intensity and smoothness. This is due to the fact that one has 120 Hz and the other has 90 Hz image refresh rate. However, the difference is not very huge that you can dismiss the OnePlus Nord.

The Significance of OnePlus Nord

If we have to sum it up to one word – then its ‘awareness’. As new models come out, most users are getting aware of the fact that the difference between the two models hardly justifies the prices, given the “significant change in smartphone technology year-to-year over the past half-decade.” There is a OnePlus Nord Beta Program in the pipeline that looks at targeting North America. “While this new smartphone product line will initially be available in Europe and India, we look forward to bringing more affordable smartphones to North America in the future.”

Hardware Under The Hood

The AMOLED display comes with a 90hz image refresh rate, and we feel that this should be the standard for every new smartphone to hit the markets, in the future. Although due to new technologies coming our way, this would seem redundant in the far future, but for now, it’s like a premium experience. 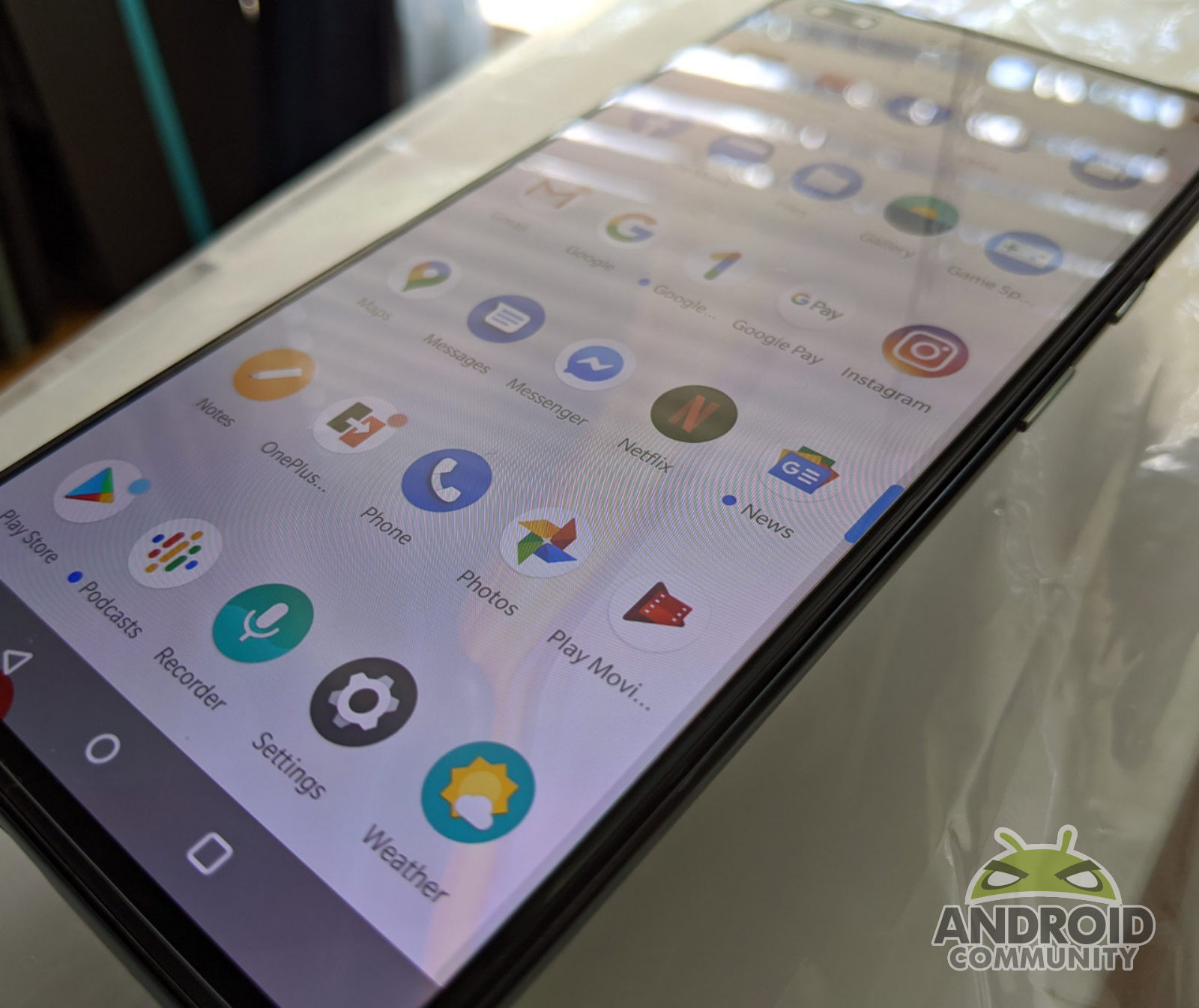 The OnePlus Nord is equipped with a Qualcomm Snapdragon 765G with a Snapdragon X52 5G Modem-RF System that has connectivity with networks around the globe. OnePlus claims that the modem is capable of touching speeds of up to 3.38 Gbps, however since only urban cities in the USA have 5G, we have not been able to qualify this claim. We love the profile of the phone, it’s 158.3 x 73.3 x 8.2mm and its front side is flat. It brings to mind the Razer Phone, which is flat and rectangular because the design of the OnePlus Nord seems to have sides and edges that are not curvy, hence making the display seem larger than it actually is.

Again, no headphone jack makes us uneasy, as we prefer using smartphones with the option of earphones being hooked up. Compensating for this aspect, the phone comes with solid speakers and you can connect via Bluetooth or USB-C. The phone comes with Bluetooth 5.1 with support for aptX, aptX HD, LDAC, and AAC.

Getting to know the Software

You have to admire OnePlus for utilizing the best of Google’s Android in such a way that it feels like it’s a customized experience, just for the brand. The software is the same as the one hosted on other OnePlus phones, with the promised 2020 updates. On the OnePlus Nord, you will find the OxygenOS 10.5, which comes with a choice of fingerprint scanning animations custom icon abilities, and Dark Mode. The phone also includes the OnePlus software guarantee of 2 years of software updates (operating system updates) and 3 years of security updates.

OnePlus Nord comes with the same main rear sensor that you will find on the OnePlus 7T. in short, the phone is equipped with a 48-megapixel Sony IMX586 sensor camera with an f/1.75 aperture, EIS, OIS, and pixel capture size at 0.8μm/48M or 1.6μm(4in1)/12M. The phone also includes an “ultra-wide-angle” camera that supports 8-megapixels with an aperture of f/2.25 and a field of view 119-degrees. 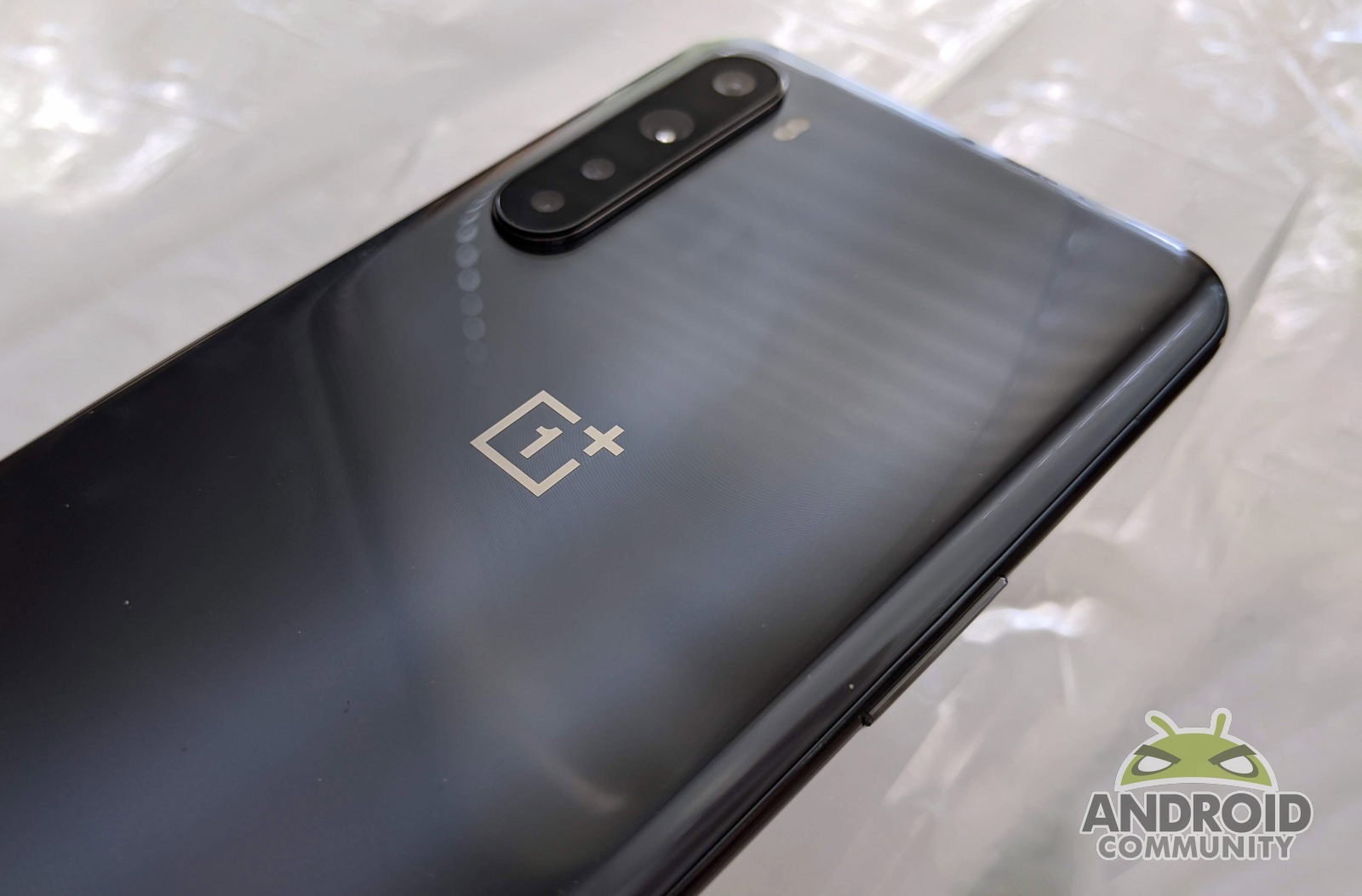 Apart from these, the phone comes with a dedicated 2-megapixel camera with an f/2.4 aperture. Finally, the last lens is a depth sensor at 5-megapixels with an f/2.4 aperture. The Specs include a multi-autofocus (PDAF + CAF), however the zoom is pretty average. Features of the video include (the back set of cameras) 4K at 30fps, or up to 60fps at 1080p. A “super slow motion” system that allows 240fps video at 1080p.

The photos that you see here were taken with the back-facing collection of cameras unless specified otherwise. In our experience, the phone was able to take high-quality photos that are good. And you can compare the capabilities to phones like the significantly more expensive Motorola Edge+ and the Xiaomi POCO F2 Pro (unavailable in the USA). If we have to pick a fault, then it’s about the shadow-elements being turned into darker elements – or blacker – and our instinct says that this could be a software issue, that can be tweaked in the future, rather than a hardware issue.

The Power of Battery Life

This is one section where we don’t have any complaints. A ten-hour stint is of no big deal for the phone’s battery, and these factors in heavy usage. The smartphone has “Warp Charge 30T” speedy charging and is OnePlus’ own chargers. It comes with the box, and according to OnePlus the charging is so fast that it will take only half an hour for the battery to go from 0% to 70%. The way we have used and charged the phone; this claim is pretty accurate. 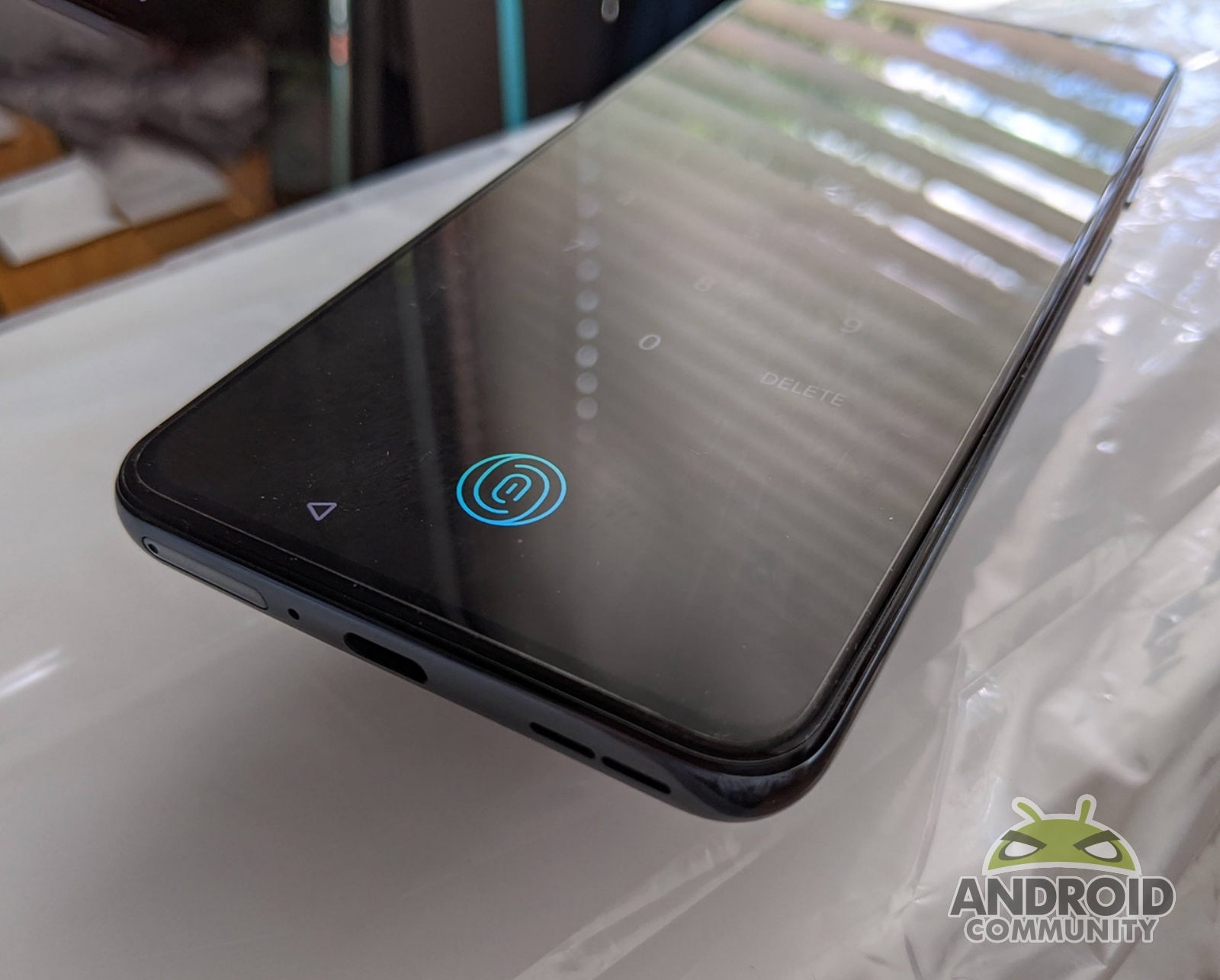 The OnePlus Nord is more for Europe and Asian countries. The makers state Europe, Asia, and India as their first and foremost market for the phone. This means regions like Hong Kong SAR, China, and Malaysia, and 28 other countries, from Austria to the United Kingdom. Clearly, the United States is not the primary market for this phone. This also means that the phone is not designed to work with all the carriers in the entire world.

OnePlus showcases the device’s connectivity to radio bands for India and for Europe separately and of course, there is no mention for the USA or South American carrier coverage. According to OnePlus, “in some regions across North America, Nord may experience signal stability issues. That’s because all Nord review units are European and don’t have support for the following bands: ATT： B14, 30, 29, 48, TMO： B25, 71​.” In India the 5G network means N78 and in Europe the phone syncs with N1, 3, 28, and 78. In case your service provider is not associated with the 5G connectivity list that OnePlus Nord syncs with, it means you will not get any kind of 5G coverage. In the future, we may see a US launch.

Given the sky-rocketing prices of some smartphones, users are becoming increasingly conscious of the amount they are willing to spend on their devices. The OnePlus Nord strikes a balance in terms of looks, capabilities, technology, and pricing. Available in 8GB RAM and 128GB internal storage, or 12GB RAM and 256GB internal storage, the devices will cost INR 27,999, 399 euros, or 379 GBP – for the former and INR 29,999, 499 euros, or 469 GBP. 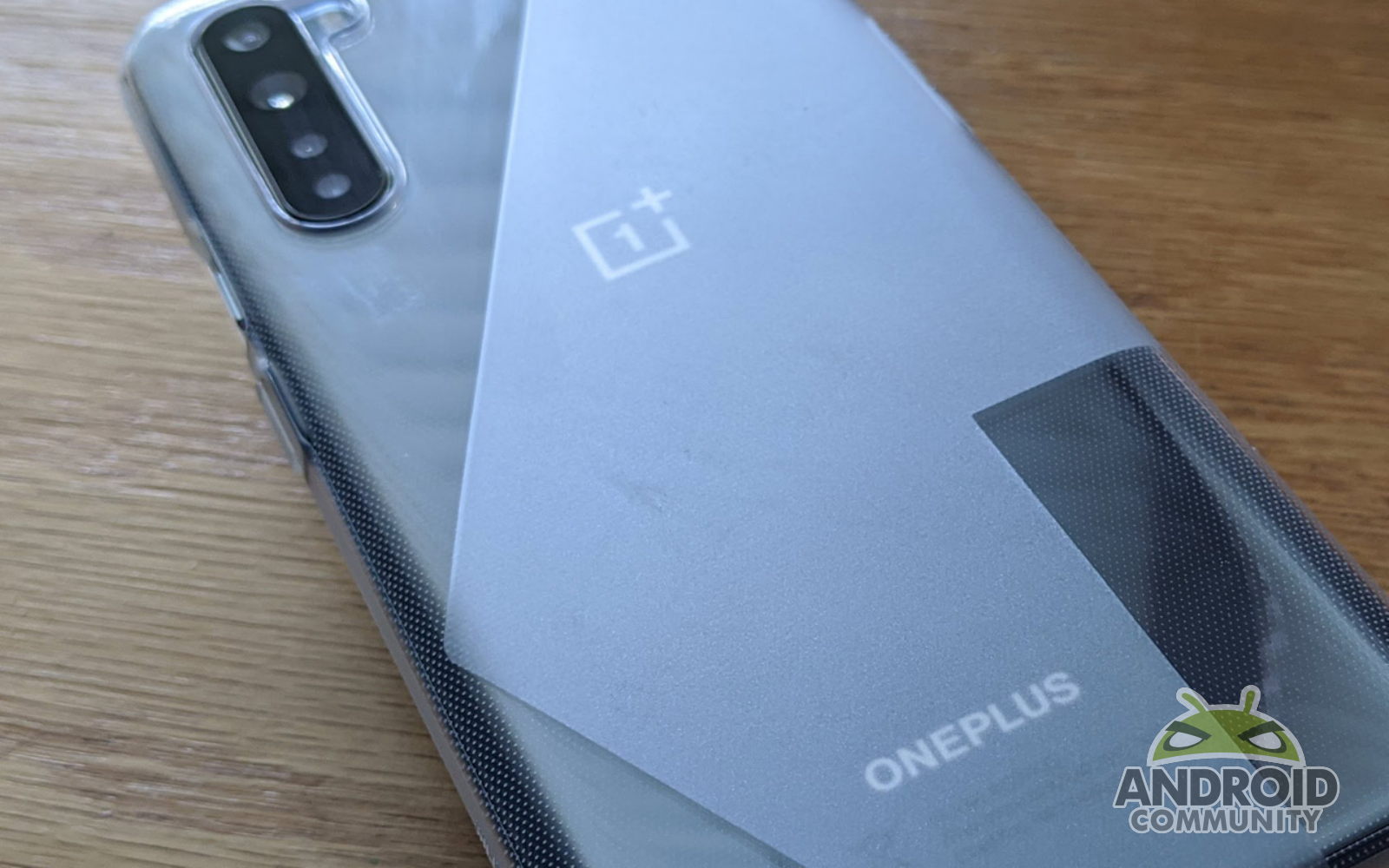 In comparison, if you move the price-range up a notch, then it’s better to take a look at the OnePlus 7 Pro, which comes with a larger display with more pixels, it even has a more powerful processor (SoC). The downside is a smaller battery and a lesser set of cameras. In short, thumbs-up to the OnePlus Nord smartphone.