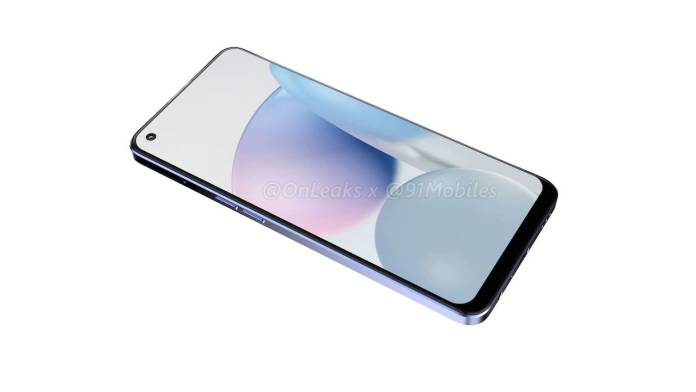 OnePlus is another busy OEM these days, working on OS and software updates and upcoming new smartphones. We have seen recently OnePlus 10 Pro image renders and now we’re being shown possible design of the OnePlus Nord N20 5G. The look is said to have been overhauled. Specs have been mentioned and we can expect the usual punch-hole cutout for the selfie shooter and a triple camera system. There is no mention of official launch date but we’re hoping the new phone will be out before the end of 2021.

The OnePlus Nord N20 5G will feature a large 6.43-inch screen. It will run on a Snapdragon 695 5G processor. As a follow-up to the OnePlus Nord N10, the N20 will also be another mid-range 5G phone offering.

91mobile and @OnLeaks (Steve Hemmerstoffer) have done it again with the renders and we believe it won’t be the last. The photos show us a flat display and a rather boxy design. It doesn’t seem final but the screen is flatter, not curved.

At the bottom of the smartphone, there is the speaker grille and microphone, USB Type-C, and a 3.5mm audio jack. You can also see another mic that is believed for noise cancellation.

The chin of the smartphone is obvious. There is a selfie camera on the upper-left portion of the front display. On the rear, there are three cameras that appear to be placed in a waterdrop design. Two cameras are big while one is smaller. An LED flash also joins the setup. Color options may be Purple and Grey but we won’t be surprised if more colors will be introduced.