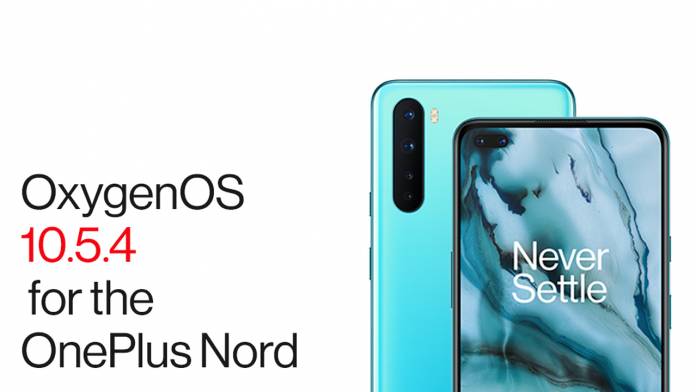 OnePlus Nord is one of the younger devices on the market. It hasn’t been long when the mid-ranger was introduced after massive hype surrounding it. Staying true to its approach of releasing software updates right after a new phone launch, OnePlus has started rolling out OxygenOS 10.5.4 update for Nord in India and for Global variants – EU-specific Nord will receive the update soon. This was informed by the company on the OnePlus Forum.

According to the information, the update will roll out in a staged manner – some users have already begun receiving the new software while others may get it over the next few days. The update has brought about a handful of improvements to bugs reported by users to OnePlus.

The changelog mentioned in the post on the official community page suggests that the launch speed for the gallery app has been improved and the display will now have a better experience. Indian users had reported not being able to join Red Cable Club and had issues with syncing Notes – both have now been fixed with the new update.

The issue of audio playing in the background when the front camera is launched has also met a fix. With the new update, the quality of video calls, color accuracy of selfies in low light and micro camera have also been improved. The incremental roll out of OxygenOS 10.5.4 with bug fixes will reach users depending on location. If you are not in the EU (where the OS update will be released soon) you will be receiving the update in the coming days.