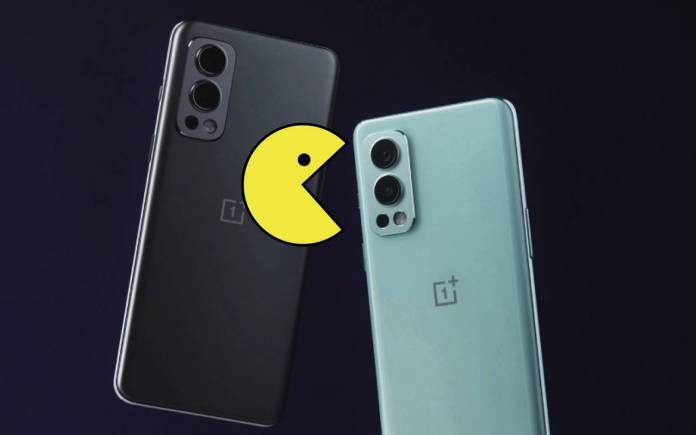 OnePlus may release a special edition smartphone. The Nord 2 could be out with the Pac-Man branding soon. There is no official announcement yet so as with most rumors, take things with a pinch of salt. With the latest OxygenOS A.11, some devs were able to teardown several APK. As per our source, there are strings there that refer to a Pac-Man-themed mobile device. The idea comes from a lock screen clock theme in OnePlus Launcher that features the Pac-Man ghost’s eyes and signature yellow text.

It could just be a theme or wallpaper but a OnePlus Nord 2 Pac-Man Edition may be interesting. OnePlus doesn’t usually comes up with special versions except for the MacLaren models.

XDA also noted sighting a default_workspace_5x5_pacman.xml file on the XML configuration. There is the Pac-Man 256 app placed on the homescreen within a “OnePlus” folder. Another proof is the Settings APK including a Pac-Man unlock animation and elements from the game. A Pac-Man Always on Display clock has also been sighted.

We’re not sure if it will be the OnePlus Nord 2 but the device is said to run on Snapdragon 778G processor which makes it only mid-range. OnePlus could still introduce a totally new smartphone.

Who’s interested in getting a OnePlus Nord 2 Pac-Man Special Edition? And if true, then maybe a OnePlus Watch Pac-Man Edition may also be interesting. We’ll see.