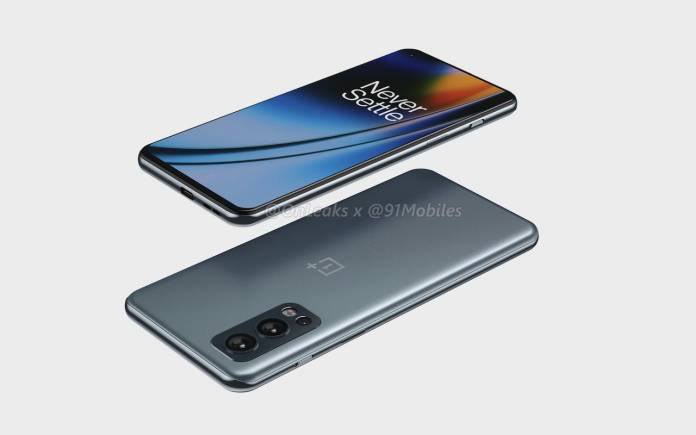 The OnePlus Nord 2 has yet to be announced but we know a lot about it. Well, those things have yet to be confirmed but several images and details are surfacing. The latest are images in 5K resolution. This means super clear images of the upcoming smartphone that will feature a triple camera system, punch hole cutout for the selfie shooter, on-screen fingerprint sensor, and a Dimensity 1200 processor. The Android phone is said to have been spotted recently on an AI benchmark platform so we can say the device is almost ready for release.

The new OnePlus Nord 2 comes equipped with a large 6.43-inch screen. It is powered by a 4500mAh battery that can last the whole day. The battery also offers 30W or 65W fast-charging support. The design is mainly patterned after the OnePlus 9 series released earlier this year.

The 6.43-inch FHD+ AMOLED display features a 90Hz refresh rate already so it’s great for gaming. There is an in-display fingerprint sensor. It runs on up to 12GB of RAM and a MediaTek Dimensity 1200 processor. The 256GB storage may be enough but sadly, you can’t extend it.

For the selfie camera, there is only a hole cutout. There is no under display camera but the bezels are smaller. On the rear, you will see three cameras with an LED flash. On the right side of the phone, you will see the alert slider and a power button. The left edge is where the volume rocker is found. The bottom edge is where the speaker grille, SIM tray, and a USB Type-C port are placed.

Dimensions of the phone are as follows: 160 x 73.8 x 8.1mm. When it comes to imaging, there is a 32MP selfie camera. The triple rear system includes a 50MP primary, 8MP secondary, and another 2MP sensor. We’re assuming it will be powered by Android 11 OS already.