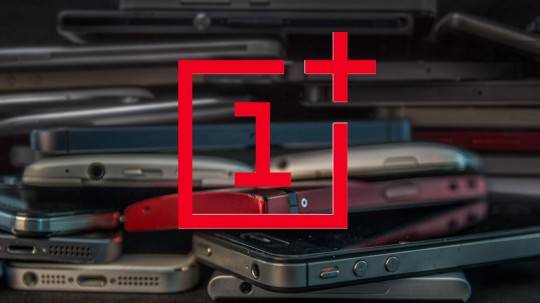 OnePlus took to Google+ back in late-February with mention about an upcoming campaign. At the time this was being referred to as #NeverSettle, and well, it looks like OnePlus has kicked off the campaign and taken aim at Samsung, Apple, Windows Phone, Motorola, and BlackBerry.

The company has released a series of images, with a single image being for each of those previously mentioned companies. You can see the complete lineup in the gallery below, and the common theme throughout is the #NeverSettle hashtag. OnePlus refers to Samsung as being ugly, then pokes fun at Windows Phone for having no apps.

The Motorola mention was saying goodbye, in regards to Google and the Lenovo acquisition. As for BlackBerry, OnePlus simply went after the operating system as a whole calling it a “bad OS.” The interesting part here, OnePlus is being rather bold considering we have yet to see anything from them. Well, except for promises and teasing.

We look forward to seeing what else OnePlus has to say during the #NeverSettle campaign. As for what is coming next — OnePlus also announced they will be doing a Reddit AMAA (ask me almost anything) tomorrow. The AMAA will be on the r/Android subreddit and kicking off at 8:30PM EST (on March 5th). We aren’t expecting any device announcements, and instead OnePlus has mentioned how they are “really looking forward for this opportunity to get to know the Android community better.”