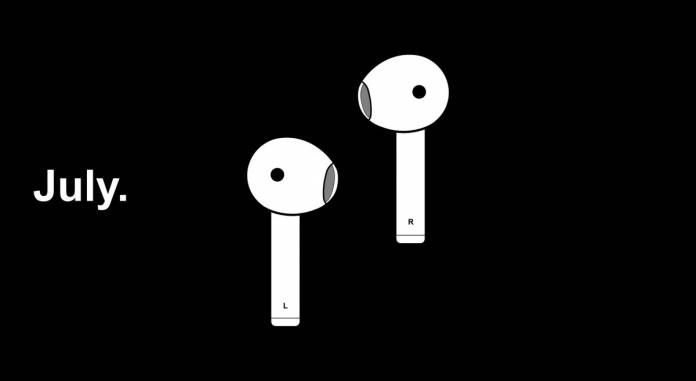 Ever since Apple released its AirPods, a lot of OEMs have been trying to bring their own versions of the truly wireless earbuds to the market. OnePlus may be the next one to join the fray as a tipster shared on Twitter a first look at the yet unnamed earbuds which will supposedly be released this July. They have previously released wireless earbuds like the Bullets Wireless Z but they still have a cord connecting the earpieces. This one is pretty similar to the ones that Apple and Samsung have already released.

According to frequent OnePlus tipster Max J, the Chinese OEM is preparing to launch their first truly wireless earbuds and they might be doing it this July. He posted what he says is the actual design and not just a rendering of the earbuds, which at first glance looks pretty similar to Apple’s AirPods. What is different is that the buds look a little more rounder but the stems themselves look very similar to it, even the lack of silicone tips.

A previous tweet with the word “Soon” teased that the carrying case may look more like the one of the Google Pixel Buds than that of the AirPods. This means the base is rounder rather than the rounded square of Apple. We don’t know other details about it yet aside from what it looks like but we can also probably look at the recently launched Oppo Enco truly wireless earbuds. OnePlus and Oppo share the same owners and manufacturing lines so it’s a huge possibility.

The July launch may coincide with the rumored launch of the OnePlus Z, a mid-tier device that may be taking on the Google Pixel 5 and may be a spiritual successor to the OnePlus X. So these two products may be launched at the same time. Usually OnePlus sticks to a schedule when launching devices, with the whole-number devices launched in spring and the T versions in the fall. July may be a surprise so we’ll find out in a couple of months.

While Max J has a pretty good track record when it comes to OnePlus rumors, he does say that this tip comes from a newer source. Even if the source is reliable, as always, we take everything with a grain of salt.