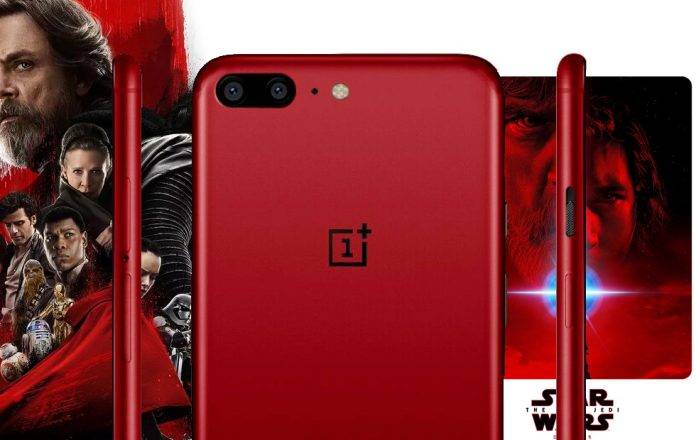 Star Wars Episode VIII is exactly a month away and so non-fans must brace themselves for all the movie related news and devices that will be coming out of the woodwork. Fans are of course excited and will try to get as many of the tie-ins that they can. If you’re planning to buy a new smartphone sometime soon, you may want to hold off on that as there are rumors (and a leak) that there will be a OnePlus 5T Star Wars Edition announced in the next few days.

A series of codes that were posted on the XDA Developers forum, but which have now been taken down, indicated that the OnePlus Oxygen OS has clues planted in it that prove there will be a special Star Wars smartphone to be released soon. The device will supposedly be red themed, similar to the red version that OnePlus has been releasing for its flagship and also red seems to be the color scheme of Star Wars: The Last Jedi posters.

The exterior of the phone may also be red, or at least have red accents. At this point, we don’t really know anything about the hardware since what is shown in the OS code is more about the software. It may also be a red herring (ha!) to throw us off something bigger, although what can be bigger than a Star Wars branded smartphone, at this point?

We will know more after the OnePlus event happening tomorrow, which is supposedly about the OnePlus 5T. It is scheduled at 12 PM Eastern Time, so Star Wars fans are hoping there is something worth waiting for there.