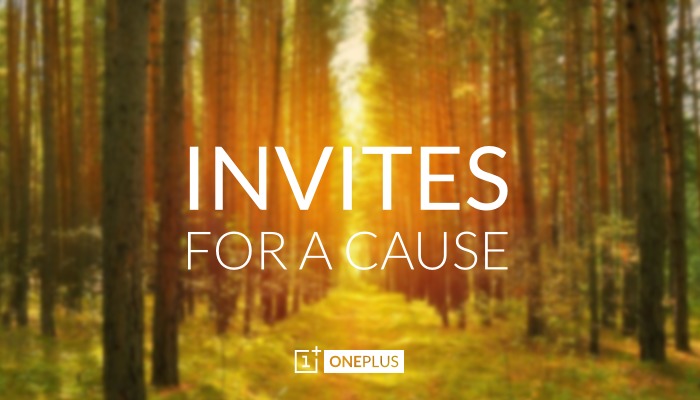 OnePlus caused a bit of controversy when they announced the “Smash the Past” marketing stunt for users to get invitations to buy the One smartphone. The company later switched things up and decided to let users donate their old phone, as opposed to smash it.

It seems 86 of those 100 winners chose to donate to Medic Mobile. That company refurbishes the phones then sends them out to be used by healthcare workers in impoverished regions of the world. That aside, it seems OnePlus is going to continue on the path of giving back.

The company has recently announced the “Invites For A Cause” initiative. This is a setup where OnePlus will be auctioning off a “super pack” of invites. The highest bidder will get 15 invitations, which sort of opens things up quite a bit.

One person could bid, win and then give the invitations away. Or alternatively, a group of people could get in on the action for one large bid. The ‘for a cause’ aspect comes in with what OnePlus will be doing with the money from the winning bid.

You may have guessed it — they will be making a charitable donation. They are allowing forum members to choose who gets the donation, and users can choose to vote for Water.org, Unicef, WWF or 1% for the Planet.