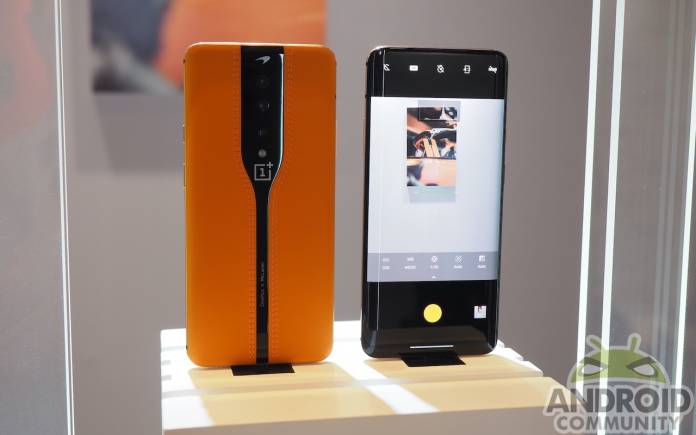 There is no OnePlus 8 yet. The Chinese OEM promised the OnePlus Concept One would be unveiled this January and here it is. We even got our hands-on feature so check out the photos below. The concept phone was also said to have a disappearing lens and now we’ve got more information about the new smartphone. It’s a concept phone alright but it is really a OnePlus 7T Pro modified with an electrochromatic glass over its camera lenses. It also features a leather back so it looks a bit different at first glance.

The OnePlus Concept One may be considered as camera-centric because of the new system found on the rear. There is a color-shifting glass covering the rear cameras but it’s mainly for aesthetics. If you’re curious, the McLaren 720S and the McLaren 570GT also use the same electrochromic glass technology.

It really is just a OnePlus 7 Pro with a slightly different look although the same leather has already been used on the old McLaren 720. Note that this is only a concept phone so we there is no availability or pricing information to announce. We’re not sure why there is a OnePlus Concept One phone when the major change is only on the exterior but we believe there is a reason.

The phone is more than just another McLaren edition of the OnePlus 7 series. There is an hour-glass shaped pane in the middle of the back. It can go from opaque to transparent being an electrochromic glass.

The change happens depending on the electrical charge that passes through the pane. The technology isn’t perfect yet. It still needs further refining.

With the tech, it may be possible someday a larger version of the electrochromic glass can be made. It can be smaller too which can then be used on an individual lens for a camera or other custom shapes.