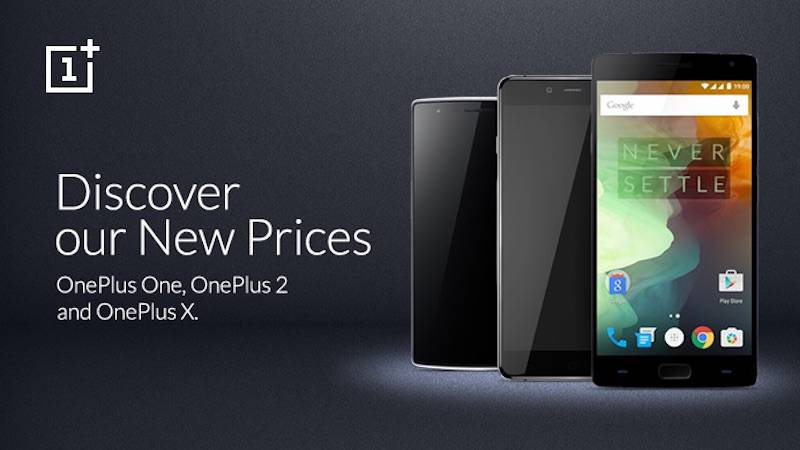 When a brand starts bringing down the prices of their current products, it can only mean either they have too much stocks at their warehouse or they’re getting ready to release a new device. In the case of OnePlus, we think it’s probably the latter, since demand for their smartphones is pretty good. The OEM has announced that they’re bringing down the prices of their three existing devices: the OnePlus One, OnePlus 2, and the OnePlus X.

Now the dilemma for OnePlus fans would be whether they should wait for the arrival of the OnePlus 3, which will be launched onboard a space station (but open to those that have VR headsets) or to just settle for these older devices in the meantime and just save up for the expected more expensive new flagship. But if you want something that will supposedly have a 64GB storage and Oxygen 3.0 with a full metal back, an LED flash with the main camera among other things, then you should hold out for the upcoming device.

Another consideration would probably be how much you want to have a Marshmallow device. The community build for the update for the OnePlus 2 is just starting, so it might still take a while before the update becomes official and rolls out to all the users. But if you really want a OnePlus device right now, then you might as well get the other devices at good prices.