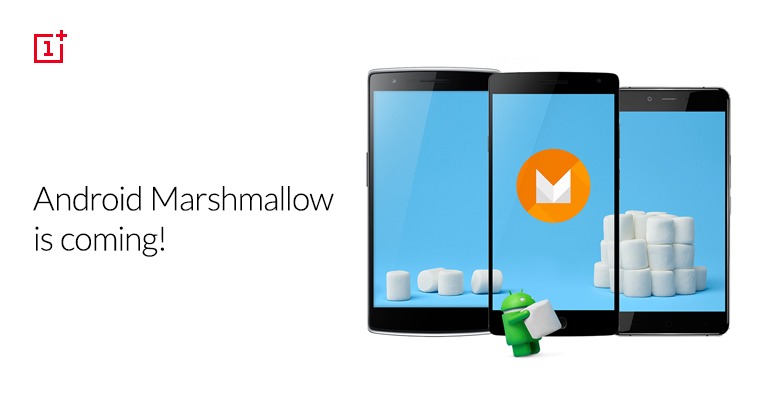 As Android 6.0 Marshmallow continues to roll out to devices, the question on every non-Nexus owner’s mind now is when will they get their update. As we know, carriers and OEMs are pretty slow when it comes to bringing the major Google update for various reasons. But sometimes, users just want to know a schedule, no matter how vague. OnePlus has finally made their announcement as to when owners of their two devices can expect to be Marshmallowed.

The original device, the OnePlus One, will be updated in the first quarter of 2016. They didn’t want to give a specific date yet (in case the build gets delayed somewhat) and so at least a time frame is given. OxygenOS, the new custom ROM from the OEM, will not yet ship with the OnePlus One, but they have now created a community build for it, and when it’s ready, it will be updated to it.

The new device, the OnePlus 2 will also be updated in the first quarter but will also include the new standard Marshmallow API for its fingerprint sensor. The requests to have an API for the current Oxygen OS fingerprint sensor will not be done since they are switching to Marshmallow soon. Meanwhile, OnePlus X is not yet in the estimated time frame for updates, but OnePlus assured users that they are working on it soon enough.

So we guess that means OnePlus users, at least for OnePlus One and OnePlus 2 will have to make do with their current OS as the first quarter time frame may mean anytime from January to March next year. And we’re guessing it will probably be March, to keep our expectations low.