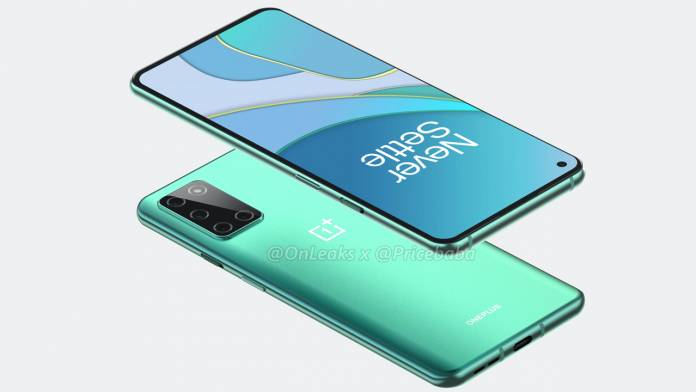 More details about the new OnePlus 8T phone are coming your way. The Chinese OEM’s flagship phone offering for the second half of the year will be announced on October 14. The official launch date has been confirmed already for next month. It’s happening in less than three weeks. The phone will come with a 120Hz display, a 6.55-inch Full HD+ AMOLED screen, a revamped design, 48MP quad rear cameras, and a 4500mAh battery with 65W Super Warp charging technology.

OnePlus has been teasing the phone with an ‘Ultra Stops at Nothing’ promo. We’re not sure what that means but it has something to do with the company’s ‘Never Settle’ motto. A certain Chun (@chunvn8888) revealed on Twitter the prices of the upcoming smartphone.

Chun said the OnePlus 8T 8GB RAM with 128GB storage will be sold for 799€ in Europe. The 12GB RAM with 256GB memory will be 899€. If this information is true, then the base model will be more affordable than the OnePlus 8 Pro.

The OnePlus 8T exclusive price leak from the Vietnamese tech enthusiast must be taken with a pinch of salt. The price of the OnePlus 7T in the US last year was only $599 so the OnePlus 8T is a bit more expensive.

The recent teasers we featured here tells about OnePlus taking note of the world that is ‘Socially distanced but never apart’. One video reminds us to never do things like stop, rest, give in, give up, compromise, concede, appease, and satisfy. The next OnePlus phone will be “never ordinary”. We’re really curious about the ‘Ultra Stops at Nothing’ promo so let’s wait and see.