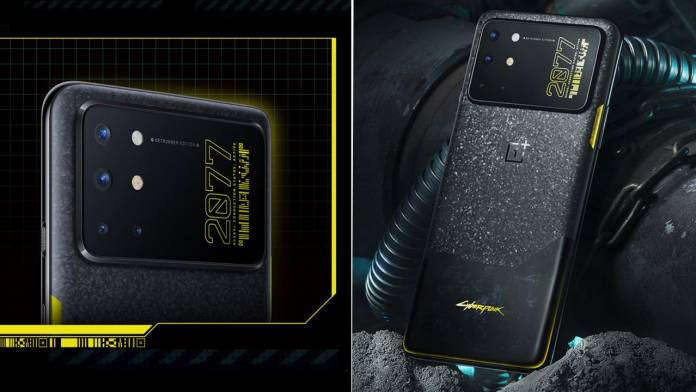 The open world Cyberpunk 2077 action-adventure game has been delayed, and will release in a few weeks’ time. However, OnePlus hasn’t missed any dates in unveiling their special edition OnePlus 8T that’s themed on the hugely anticipated title that’s slated for release on major gaming platforms. Dubbed the Cyberpunk 2077 Edition, this strikingly cool phone has the same hardware of the standard 8T – a 120Hz refresh rate 6.55-inch display, Snapdragon 865 SoC, 12GB RAM with 256GB internal storage and 4,500 mAh of battery. 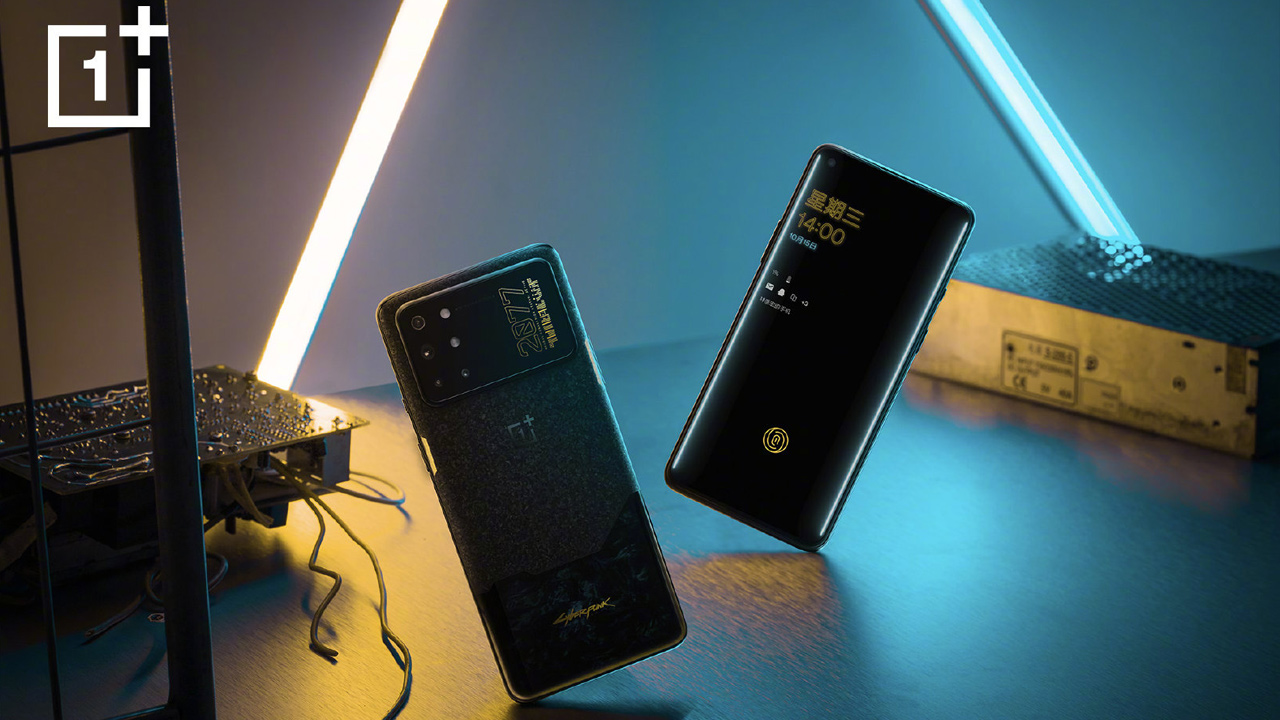 Where it differs from its less funky brother is the obvious Cyberpunk 2077 inspired design. There is a speckled black color theme with hints of yellow at the bottom and on the sides. To carry the sci-fi theme of the game – OnePlus has etched the Cyberpunk branding at the bottom rear.

Where this themed OnePlus 8T gets outrageously cool or weird (depending on your perception) is its enlarged rear camera module that spans almost the width of the device. Don’t let yourself into believing that there is a better camera setup due to this expansion – it’s there just for the sake of it. That also means the standard OnePlus 8T cases won’t fit this body.

On the UI front, the Cyberpunk 2077 theme carries on to the HydrogenOS interface as well. There’s a matching custom wallpaper and two new camera filters “Night City” and “North California” that game lovers will fancy. All that goodness is, for now, going to be only available in China for pre-order at a price tag of 3,999 RMB (around $600) and we hope it lands in the hands of excited gamers in other parts of the globe. 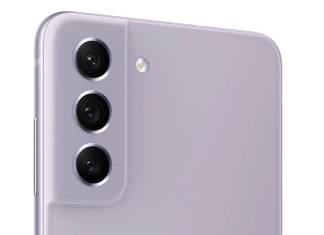 Google testing Search bar at the bottom of the screen