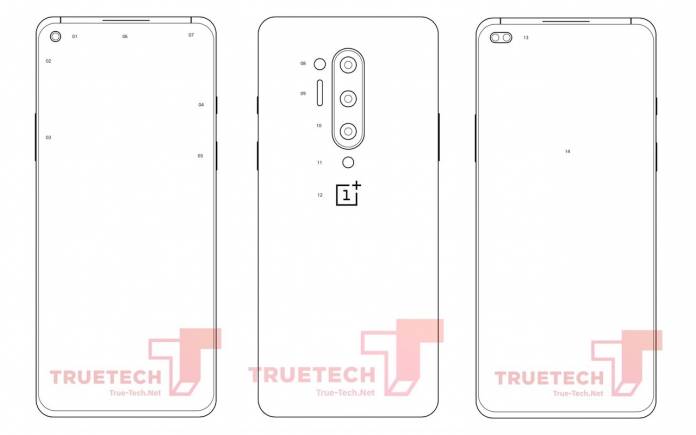 Like the Samsung Galaxy S11 series, the OnePlus 8 is the next flagship to watch out for. It won’t be due until the second quarter of 2020 so there is still plenty of time for leaks and rumors. Not that we prefer those kinds of information but you know how it is in the mobile industry. The rumor mill began to spin last month when OnePlus 8 image renders were released showing a punch-hole display. The smartphone series was sighted in the wild although we are not sure about the photos.

Today, we learn about the Pro variant of the OnePlus 8. It seems the Chinese OEM is really living the ‘Never Settle’ dream. It is sticking with coming up with two versions: OnePlus 8 and OnePlus 8 Pro. This is the first time we are hearing about the Pro model so we are assuming the specs will be higher.

A Product Diagram of what is believed to be the OnePlus 8 Pro has surfaced online. It was shared with our source, listing the specs in a PDF document. The image of the next-gen OnePlus flagship shows four cameras. The setup immediately shows three but there are actually four. The information included also details four camera sensors.

Interestingly, the pop-up selfie camera seems to be absent. There may be a punch hole on the front display for the selfie camera. The OnePlus 8 appears to only have a single selfie shooter while the larger variant may have dual selfie cams. Except for these changes, the OnePlus 8 phones appear to be similar to the OnePlus 7 series. 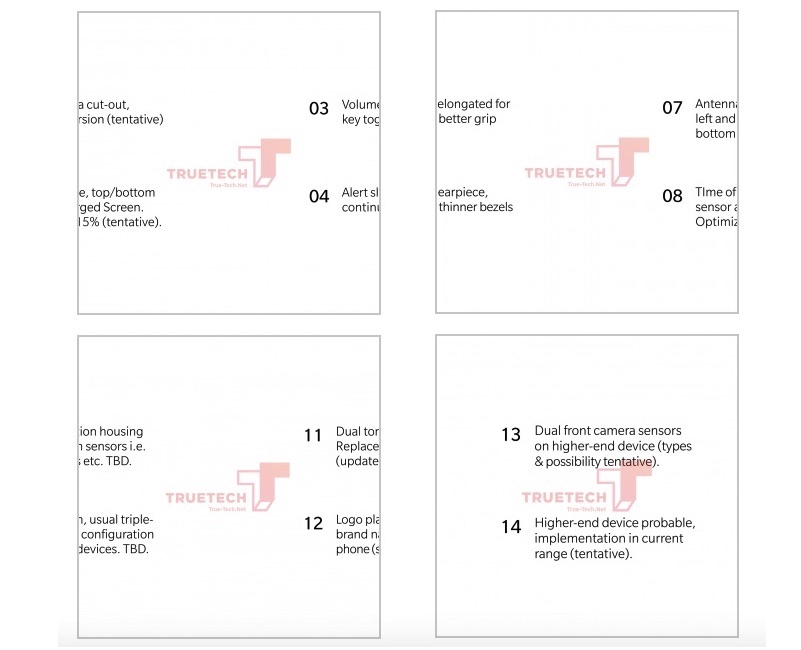 The more obvious changes will be at the back because of the camera setup that will have an additional sensor plus a dual-tone LED flash. The OnePlus logo is still placed at the center of the back panel. No other specs have been mentioned but we’re guessing both phones will already support 5G connectivity.