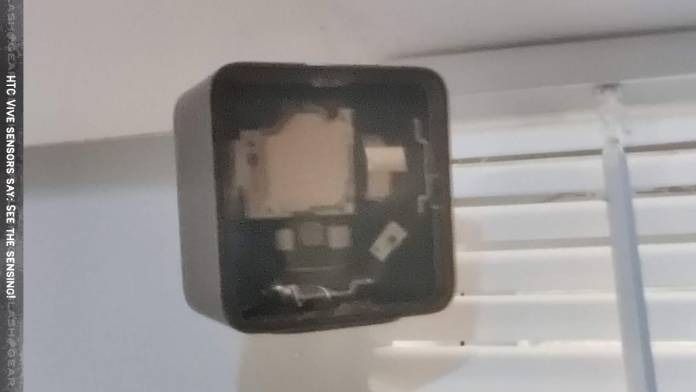 OnePlus 8 Pro has been making headlines every other day since its launch for the right reasons and wrong ones too. Tech reviewers have lauded its technical specifications while the camera module has had its share of average-good reviews when compared to other flagships like Galaxy S20 series and iPhone 11 lineup. One of the four cameras, the 5MP Color Filter Camera f/2.4 aperture with “Photochrome filter” received varied opinions on the internet.

Now, some users have discovered the superpowers of this unique camera lens on-board the OnePlus 8 Pro. It can apparently see through certain kinds of plastic materials. Like the ones found on the back of remote control or game controllers. The camera was found capable of seeing infrared light in the dark, this new finding adds to the X-factor of the device.

The camera can see-through non-IR-shielded plastics which lends it this cool functionality. We bet that OnePlus never intended to have this feature and it just got discovered by chance. Ben Geskin has tried this out on a number of gadgets with spectacular results. Like seeing through Oculus Rift controllers and Apple TV.

SlashGear also got down to experimenting with this unintended feature and got some interesting results. Pointing the phone’s camera at home assistants, gaming consoles and remote controls revealed their innards. For example on seeing the Nintendo Switch, HTC VIVE Base Station and the HTC Headset the sensors and electronics were visible.

Even household things like microwave and stove were seen through the camera. The results were interesting as there were things visible with the camera that aren’t otherwise visible to the naked eye. So, if you’ve got the OnePlus 8 Pro now is the time to use its camera to see interesting things. Let us know what you saw in the comment section below.