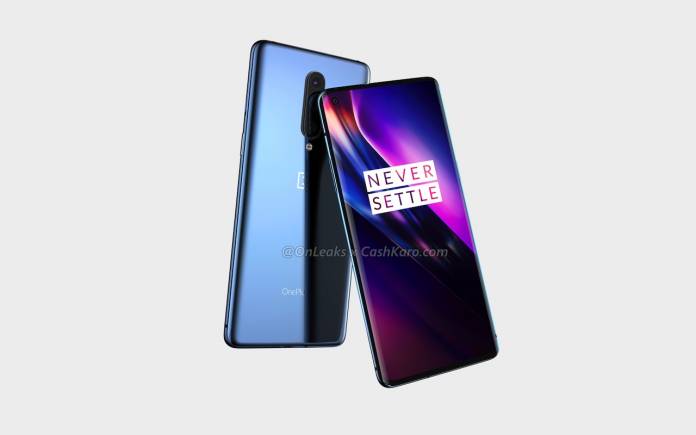 Now that the OnePlus 7T and OnePlus 7T Pro are out, it’s time for another round of leaks and speculations featuring OnePlus. The Chinese OEM will announce the OnePlus 8 next and we’ve got the early renders from OnLeaks and CashKaro. As we would always say, it’s never too early for such leaks. We’re not surprised, really, because this strategy gets the industry talking about the product ahead of its official launch. It’s earlier now compared to when the OnePlus 7 was first mentioned but we believe the next-gen OnePlus phone (or phones) will be introduced April next year.

The OnePlus 8 smartphone renders were based on engineering drawings and actual dimensions leaked originally from OnePlus. We know specs can still change. The images are only the first look of the next flagship from the company.

The smartphone will come with a punch-hole screen instead of a notch. The rear shows off a triple camera system as in previous phones. The camera setup is located in the middle in a vertical orientation.

Wireless charging may also become an important feature of the OnePlus 8. The speaker may also be found at the bottom of the device. The color of the phone rendered is pearly blue. We also see a silver version.

OnePlus is expected to implement a 6.5-inch screen with a curved screen and 160.2 x 72.9 x 8.1mm dimensions. It will be a first for a non-Pro phone to come with a curved display. The selfie camera will obviously be placed under the hole.

We can say the OnePlus 8 will be almost bezel-less because of the curved screen. The chin and forehead bezels are smaller as made possible by the punch-hole design. Expect more related information will be shared in the coming weeks and months and until the Chinese tech company sends out a leak or teaser and makes an official announcement.