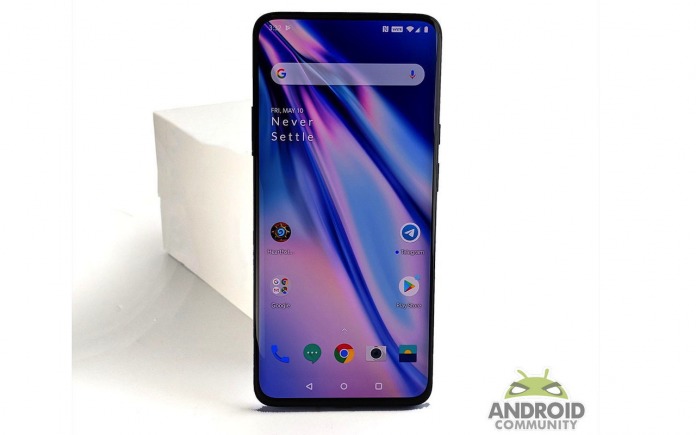 The OnePlus 7 Pro’s camera performance isn’t the only issue of the new flagship phone from the Chinese OEM. This is the first time we’re hearing about it but the issue has been reported by a number of phone owners already. A touchscreen issue of a section of the display is triggered even when not being touched. It’s not a random trigger but is repeated in several units from one area. Some people are calling this as a “Ghost Touch” on the OnePlus forum website.

When we tried the OnePlus 7 Pro, we didn’t experience the problem, at least, in the same way, others reported. What was noticeable was the flashlight would usually turn on. It didn’t happen again but we’re assuming the issue could be related to the screen protector OnePlus pre-installed.

There are more issues other OnePlus 7 Pro users reported. A list has been updated and confirmed by the company’s support team. Here are some issues reported: Ghost Touch Issue on 3rd party apps, heating and battery drain, selfie camera popping up with incoming video call, MMS not working with a carrier, the problem with incoming calls for Verizon users, and more ghost touch issue on CPU-Z apps.

The review unit our team has tried has no issues yet. The screen protector was removed so this could be the reason why it’s clear compared to other units.

We’re thinking the problems reported happen to a specific batch only but we’ll have to wait for an official explanation from OnePlus. For now, an investigation must begin soon.

The only possible reason for the ghost issue is the different sensors placed behind the very thin AMOLED display. Perhaps the screen is just too sensitive because of the thinness. If this is the case, then we can try turning off the sensors and see if the issue persists.