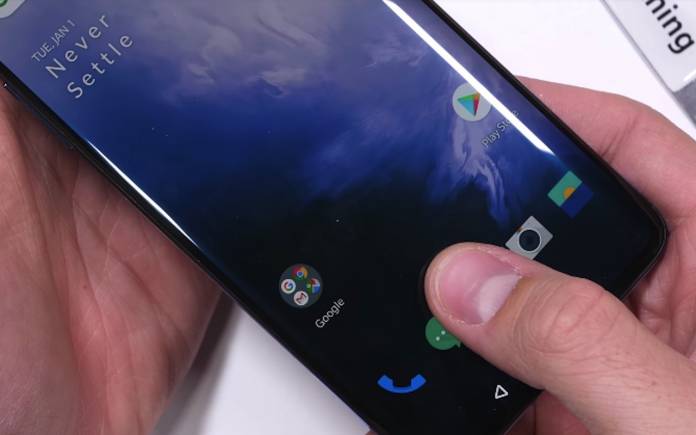 Ah, yes. Expect Zack Nelson to get first dibs on the latest smartphones today. OnePlus sent Mr. JerryRigEverything a OnePlus 7 Pro unit to test (read: scratch, burn, and bend). The company seems to be that confident the new phone will survive the series of durability tests, otherwise, it won’t bother to give him one this early. The only question we want to be answered: Is it durable? We don’t doubt the OnePlus 7 Pro can survive but we have to try and see for ourselves.

The OnePlus 7 Pro is scrutinized on the surface level. It should be because it’s considered an ultra-premium phone. We have high expectations because not only the Chinese OEM is aggressive in marketing, we want to know how the ‘Never Settle’ principle is implemented on this device.

The high specs are celebrated but at this point, we want to know if the smartphone will be durable enough.

As usual, the durability test starts with a scratch test. The display scratches at level 6, with deeper grooves at level 7. OnePlus has installed a protective film so the first scratch did no good to the first layer.

The earpiece appears to be metal so it’s safe even wnen scratched. The pop-up selfie camera is covered with the same glass used in the front display so it’s well-protected.

The sides and edges can be easily scratched but that is normal for metal build. The back panel though is scratch-less because of the material used.

The front screen is placed under fire and is unaffected even after 50 seconds. Normally, phone screens leave black or white residue after some 20 seconds but nothing is seen on the OnePlus 7 Pro.

The device is very durable as bending from the front or back doesn’t do anything. There is no flex at all so you know the OnePlus 7 Pro will survive or won’t bend even if you place the phone in your back pocket.