‘The OnePlus 6T is one of the several new Android phones anticipated this October. This month is important for the whole Android community because it’s the start of Q4 which means major OEMs are rushing to make major announcements of their flagship products and services before the holiday season kicks in. The new flagship from the Chinese OEM is set to be announced this week on October 17. We know a few things about the device but we have yet to hear formally from the company.

We believe OnePlus will continue to live its ‘Never Settle’ tagline and so numerous and significant changes will be introduced mainly on the OxygenOS. The OEM has made public what’s coming next from both the OnePlus 6T and OxygenOS.

For one, the OnePlus 6T will feature an all-new UI. The updated OxygenOS will include camera enhancements. OnePlus teased the phone will offer “fast and smooth experience” as made possible by the company’s Fast, Smooth, and Efficient (FSE) team. Expect new Navigation Gestures and a more advanced Do not Disturb mode.

OnePlus claims the next OxygenOS will be the “most distinct and intuitive version yet” but doesn’t reveal what exactly are those yet. But when asked how to describe the upcoming OnePlus 6T, the reply was simple: OxygenOS provides a fast, smooth & burden-less experience with no gimmicks.

The OS’ Navigation Gestures are obviously smoother and offers a more natural feel. It’s faster with new functions: a quick flick from the bottom and a “recents” button. You can also quickly activate the Google Assistant by holding the power button. OnePlus aims to offer less taps as much as possible with off-screen gestures and QuickPay. 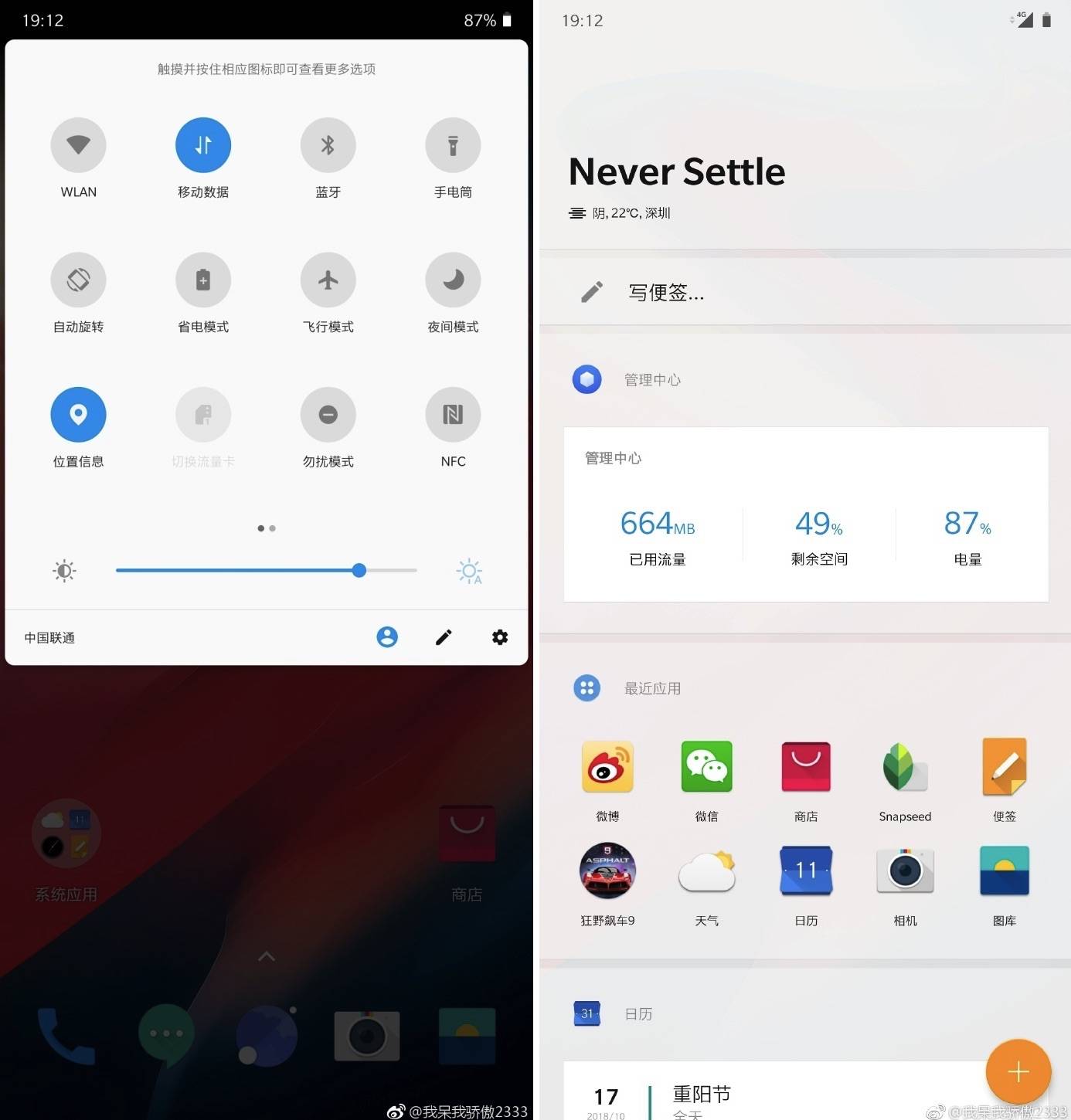 Other changes include improved full-screen gestures, more natural swipes, reduced power consumption, and an AI-based algorithm that minimizes background usage. The OxygenOS is based on Android 9 Pie already according to CEO Pete Lau. Some screenshots have been shared over on Weibo. Check them out below: