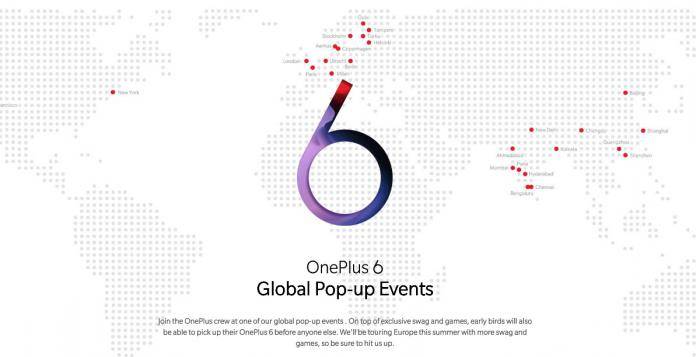 OnePlus usually launches its latest flagship phones each year with big announcements, as well as, pop-up events in different cities around the world. In some years, there were virtual reality reveals. For the OnePlus 2, worldwide pop-ups happened a few days later after official launch. The following year, the OEM also held pop-up events in New York City, Berlin, London, Paris, and New Delhi. Pop-up events were also held last year for the OnePlus 5 so it’s no surprise the company will also be announcing similar events for the new flagship.

The OnePlus 6 is coming soon. You can be part of OnePlus’ history by becoming a crew at any of the global pop-up events. You can also receive exclusive freebies and the chance to get your hands on the OnePlus 6 first among your peers. OnePlus will be going around Europe, North America, and the Nordic region to promote the next-gen smartphone.

Here are details of the OnePlus 6 pop-up events in different locations: